August 14, 2017 - London, England, United States - People gather to stage a demonstration as they hold placards during the 'Stand up to Racism' protest outside the US Embassy in London on August 14, 2017. Anti-racism group stages protest outside the US Embassy following the murder of activist Heather Heyer at a counter-protest to a far-right during recent protests in Charlottesville, Virginia. (Credit Image: © Jay Shaw Baker/NurPhoto via ZUMA Press) 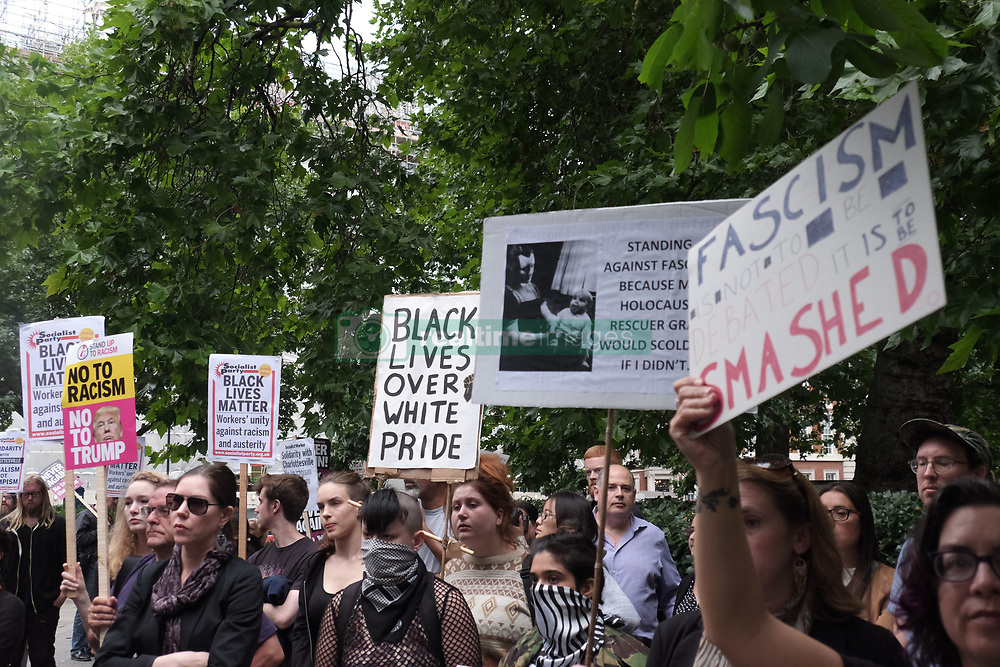