November 19, 2018 - Palestinian protesters injured in northern Gaza clashes..A number of Palestinians protesters are injured in clashes with Israeli troops on the west of Bait Lahiya in northern Gaza on 19th November 2018. Some of the Palestinians demonstrators moved close to the fence and hurled stones towards the Israeli soldiers situated of the other site of the barrier in the Israeli site of Zakim, while the Israeli army fired live and rubber ammunitions and tear gas at the protesters causing a number of injuries. Journalist Ahmad Hasaballah was among the casualties when his left hand was injured after being hit by an Israeli rubber grenade while covering the protest. Palestinians in Gaza have been protesting since March 30th demanding an end to the Israeli blockade on Gaza, the right of Palestinian refugees to return to their ancestral land, and against US President Trump's decision to recognize Jerusalem as the capital of Israel. According to the Gaza Health Ministry during the clashes following the demonstrations more than 230 Gazans have been killed and over 23,000 others wounded (Credit Image: © Ahmad Hasaballah/IMAGESLIVE via ZUMA Wire) 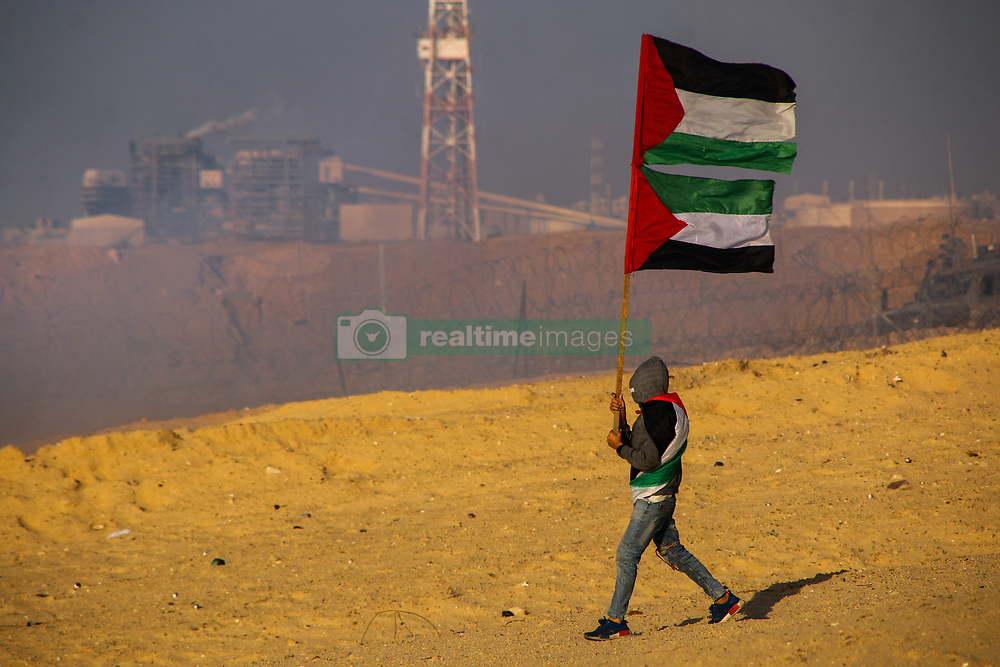