June 16, 2017 - FILE PHOTO - Amazon has acquired Whole Foods, a move that marks the e-commerce giant's official entry into the world of physical stores as well as groceries. It's Amazon's biggest acquisition ever, paying $13.7 billion in cash for the grocery chain, which now operates some 465 stores across the U.S. Amazon has grown into a retail behemoth and has has been tip-toeing into bookstores and experimental convenience stores. Those efforts led to speculation that Amazon eventually would make a major acquisition of a chain, rather than slowly build out its own stores. That acquisition ended up being Whole Foods. Pictured: May 16, 2012 - Laguna Niguel, California, U.S. - People line up as the Whole Foods store Laguna Niguel opens. The latest Whole Foods Market to open in Orange County will target shoppers looking for dining options such as a pizzeria, a tapas bar, fusion tacos and craft beer. ''We've been joking that it is more of a restaurant with a market inside,'' said Norm Shaughnessy, store team leader of the new Laguna Niguel market. Though it will be packed with the usual assortment of organic and natural foods, the 36,000-square-foot grocery store is also filled with dining options. The store features a pizza station, a wine and beer bar with 12 taps, a fusion taco eatery, a juice bar and a cafŽ serving coffee roasted onsite. The dining area will seat about 125 people, including tables located in an outdoor patio boasting a large rectangular fire pit. The store is also hiring its own executive chef Ð a first for any Whole Foods Market in Southern California..(Credit Image: © Ruaridh Stewart/ZUMAPRESS.com) 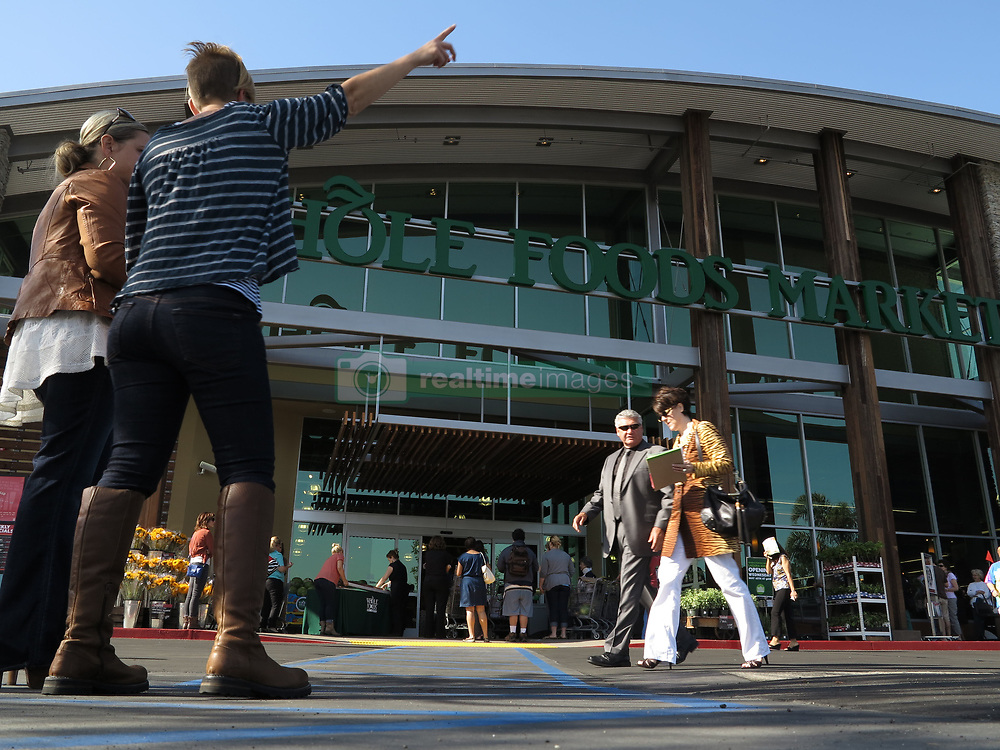