April 26, 2018 - Gaza, Palestinian Territories, Palestine - Palestinian mourners carry a coffin containing the body of Palestinian scientist Fadi al-Batsh, assassinated in Malaysia, after his body was returned to his native Gaza Strip on April 26, 2018 for his funeral in the city of Jabalia, in the north of the Palestinian enclave. Batsh, a member of the Islamist Hamas movement, was shot dead in a hail of bullets by motorbike-riding attackers as he walked to a Kuala Lumpur mosque for dawn prayers on April 21, 2018 (Credit Image: © Majdi Fathi/NurPhoto via ZUMA Press) 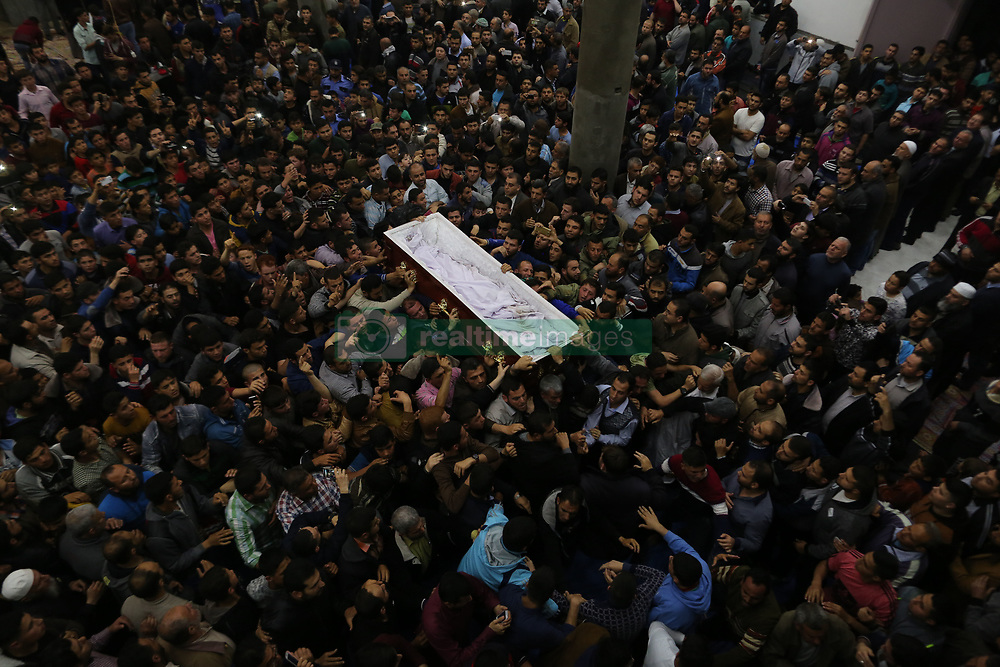