November 11, 2016 - Mosul, Nineveh, Iraq - 11/11/2016. Mosul, Iraq. A soldier, belonging to the Iraqi Army's 9th Armoured Division, flashes a victory sign from the turret of an armoured Humvee as his unit visits Mosul's Al Inisar district on the south east of the city. The Al Intisar district was taken four days ago by Iraqi Security Forces (ISF) and, despite its proximity to ongoing fighting between ISF and ISIS militants, many residents still live in the settlement without regular power and water and with dwindling food supplies...The battle to retake Mosul, which fell June 2014, started on the 16th of October 2016 with Iraqi Security Forces eventually reaching the city on the 1st of November. Since then elements of the Iraq Army and Police have succeeded in pushing into the city and retaking several neighbourhoods allowing civilians living there to be evacuated - though many more remain trapped within Mosul. (Credit Image: © Matt Cetti-Roberts via ZUMA Wire) 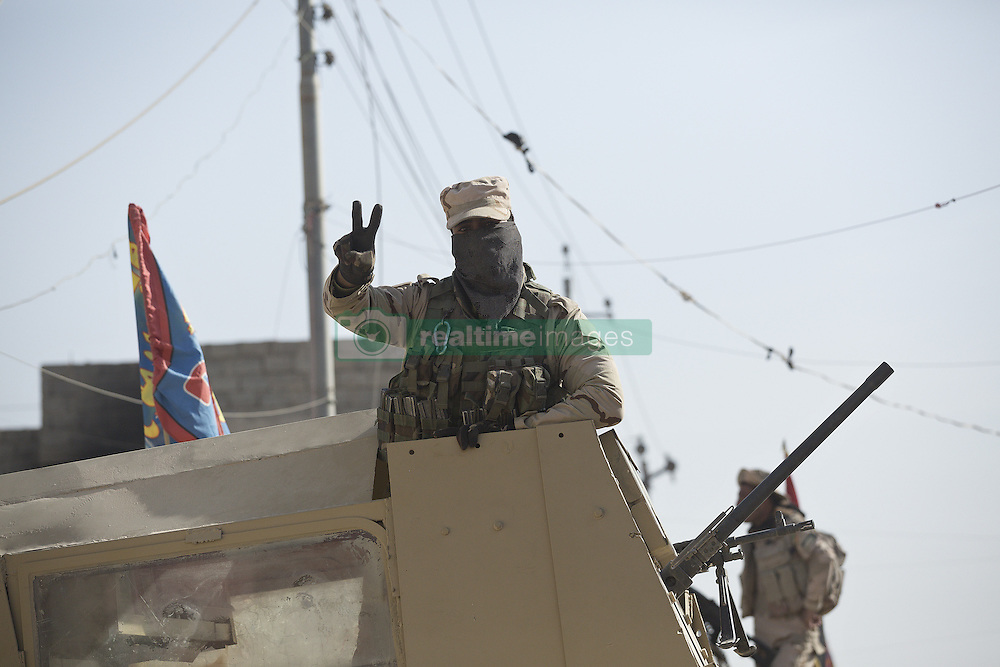