May 25, 2019 - Dayton, Ohio, United States - Police gather before the KKK rally. Hundreds of counter protesters, including the Nation of Islam, New Black Panthers, and Huey Newton Gun Club, American Indian Movement, and ANTIFA gathered in downtown Dayton, Ohio to protest members of the Honorable Sacred Knights - a Ku Klux Klan group from Indiana. There were no arrests, and the protests ended peacefully as hundreds of police worked to keep the event peaceful and the protesters separated. Much of downtown Dayton was shutdown, and the courthouse square, where the KKK gathered, was surrounded by fence. Members of the KKK were given a police escort to the site, where about a dozen of them gathered, and then a police escort to safety. (Credit Image: © Jeremy Hogan/SOPA Images via ZUMA Wire) 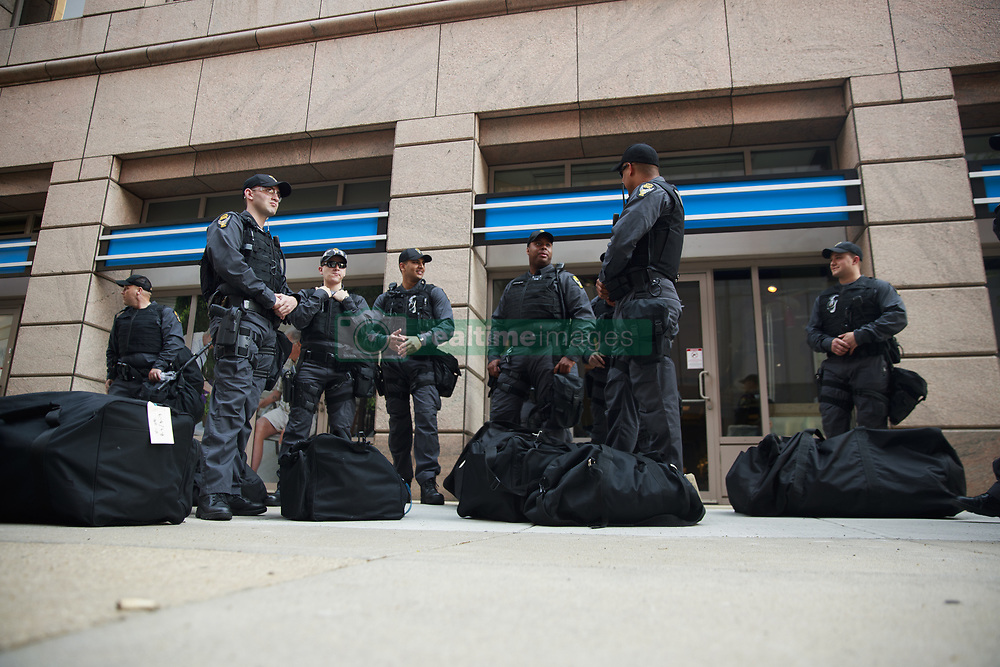