02102018 (Durban) Amazulu player Thembela Sikhakhane defend a ball from Bokang Thlone of Maritzburg United during the game when AmaZulu FC takes head on their KwaZulu-Natal rivals Maritzburg United in an Absa Premiership match at the King Zwelithini Stadium in Durban on Tuesday night. Usuthu extended their winless run to three league games when they lost 2-0 to Kaizer Chiefs away in their previous match over a week ago and after losing 6 points.
Picture: Motshwari Mofokeng/African News Agency (ANA) 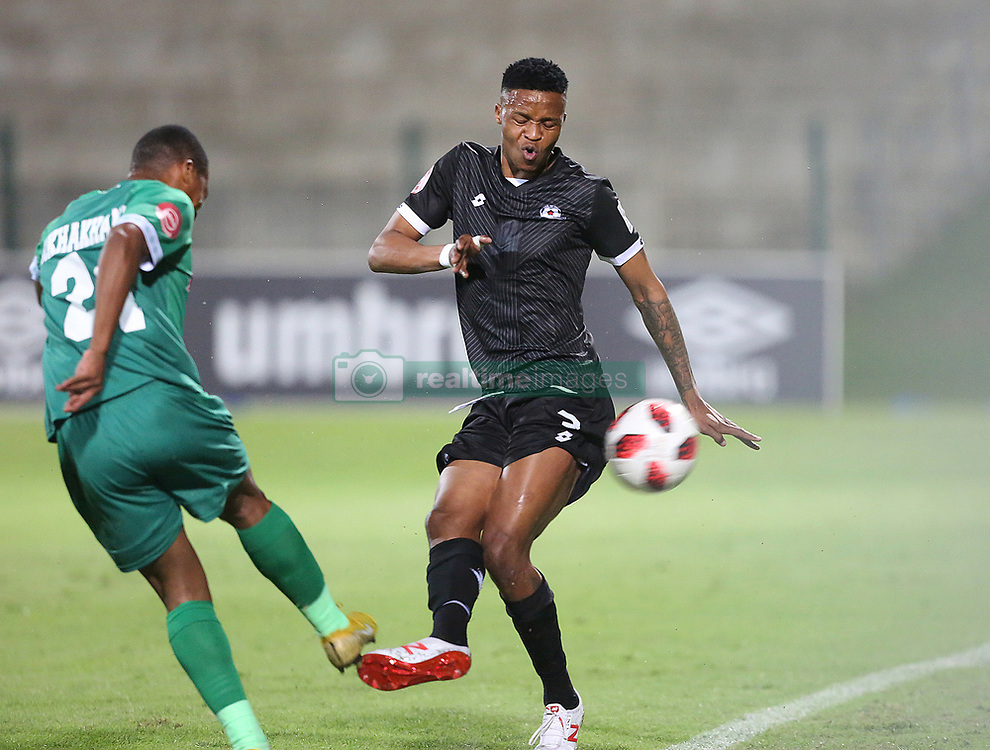