Feb 28, 2008 - Bloemfontein, Free State, South Africa - A video recording of black workers made to perform degrading acts by white university students has sparked outrage in South Africa and cast a new spotlight on racism in the 'Rainbow Nation'. It includes images of one of the students urinating into a container of soup, which is then given to four unwitting black cleaners who are later seen vomiting into buckets. A voice is heard explaining that the act is a protest at plans to integrate non-whites into a whites-only residence building. The university is in Bloemfontein, the rural heartland of the Afrikaaner, the original white settlers of South Africa. Even in the post-Apartheid era, racial harmony there remains elusive.One black student at the university said: ''If I am in class they (whites) can't even sit beside us. They just choose to sit beside other whites. That shows they are not appreciating us at all.'' The tape has sparked debate and brought condemnation from whites and non-whites. Police had to use stun grenades to disperse angry protesters on the campus. Two of the students behind the video have since finished their studies, while two others have been banned from the campus. They may face criminal charges. PICTURED: A black student walks past security outside the Reitz hostel on Thursday. (Credit Image: © Shayne Robinson/ZUMA Press) 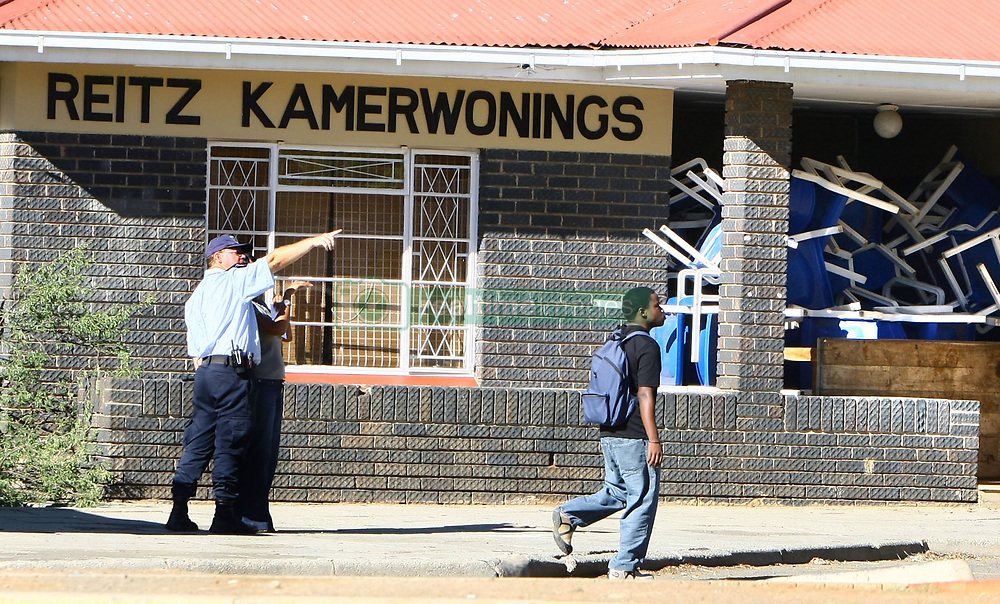