Gaza fisherman catches message in a bottle from Greece

August 21, 2017 - Gaza, Palestine - A message that was written by Bethany Wright and her boyfriend Zac Marriner, and found in a bottle by Palestinian fisherman Jihad al-Soltan off a Gaza beach, is seen in Gaza August 21, 2017.....The Gazan fisherman says he contacted Bethany and Zac in greech who expressed being happy their message reachea Gaza and they pass their regarda to Palestinian people. Bethany and Zac have been contacted by joutnalists to find the origin of this message in a bottle story. They sent him photos of them through email. They said they are happy their message reached Gaza. (Credit Image: © Majdi Fathi/NurPhoto via ZUMA Press) 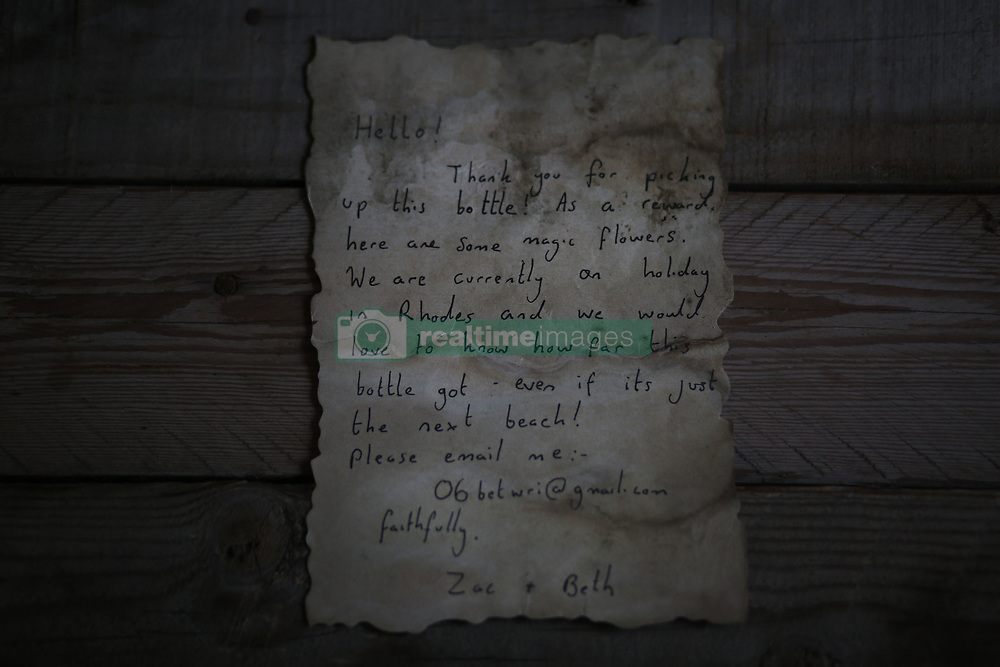