August 21, 2017 - San Clemtente, California, U.S - A direct view of the sun from planet earth as seen from southern California on Monday morning.-------A sola eclipse put the United States in partial to nearly full shadow beginning on Monday morning. A solar eclipse can be seen using special glasses directly although it can also be seen indirectly by cutting a small, about 5 millimeters or roughly 1/8 of an inch in diameter, hole in a card which can then project the moon's shadow over the sun when held a few feet from a flat surface. (Credit Image: © David Bro via ZUMA Wire) 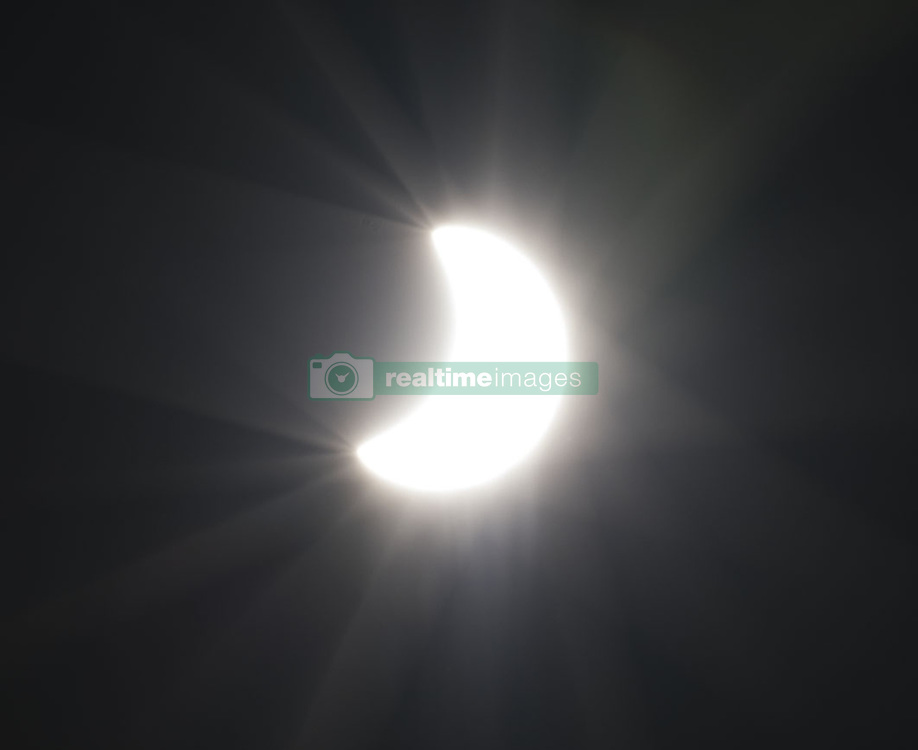