April 28, 2019 - Malaga, Spain - An elderly woman is seen casting her vote at a polling station during the general elections in Spain..The vote of this 28 April in Spain marked by the growth of Spanish radical right wing party VOX lead by his main candidate Santiago Abascal, and its possible entrance into the Spanish government with a high number of seats according to the latest polls, would suppose a hard blow for traditional left parties. Around 37 million Spaniards are called to cast their ballots in this general elections in a context of uncertain and political crisis in decades, which will determine the future course of the Spanish politics and possible electoral agreements between parties for the next Spanish government. (Credit Image: © Jesus Merida/SOPA Images via ZUMA Wire) 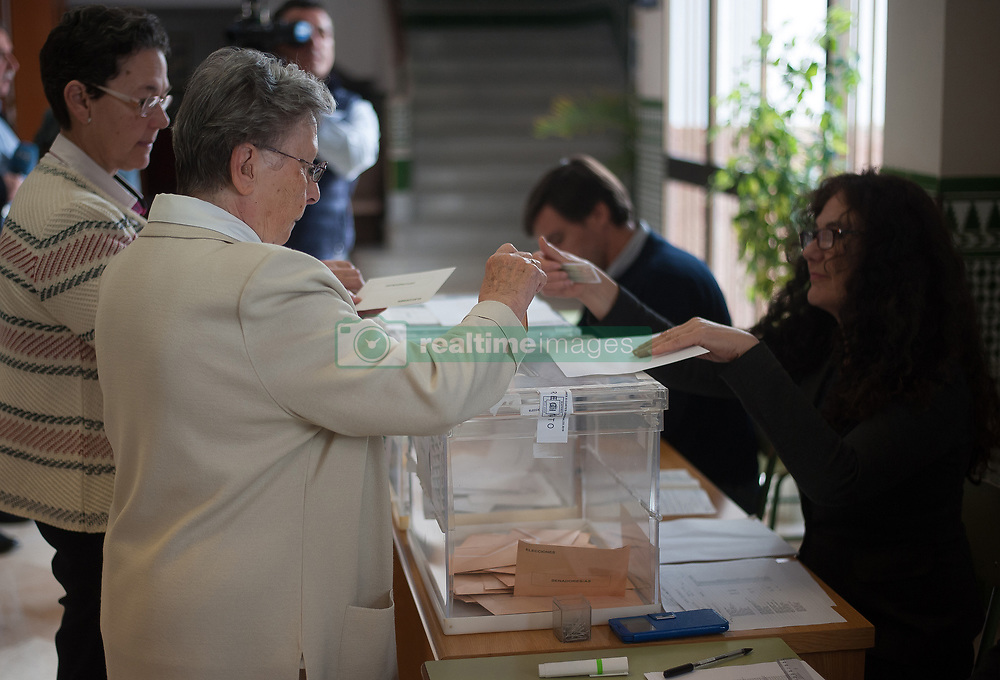