Protest demanding international audit of the Russian oil production in Kiev, Ukraine - 13 May 2019

May 13, 2019 - Kiev, Kiev, Ukraine - Protesters wearing costumes of chemical protection are seen holding a banner that says What is in the Transneft pipeline during the demonstration..The protest due with reports of pollution of the Russian export oil 'Urals' and high content of organic chloride compounds in it and the demand to initiate an independent international audit of Russian oil production and the Russian Transneft, as well as export-oriented Russian companies Rosneft, Tatneft and Bashneft, the protest was held in front of the German Embassy due to the fact that Germany is one of the largest importers of Russian oil, according to the activistsâ€™ press release (Credit Image: © Pavlo Gonchar/SOPA Images via ZUMA Wire) 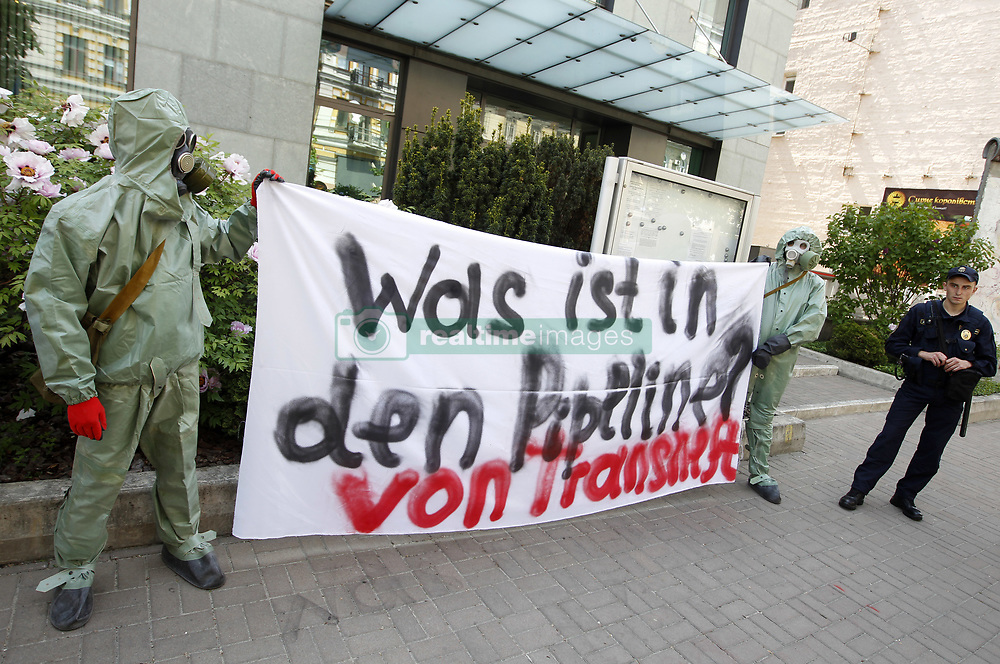