May 19, 2017 - SÃ¢O Paulo, SÃ£o paulo, Brazil - SAO PAULO, BRAZIL - MAY 19: A wheat-paste piece of street art by artist Luis Bueno depicting a bather holding a poster that says ''Outside Temer'' at Paulista Avenue on May 19, 2017 in Sao Paulo, Brazil. In the face of the crisis generated by the recording of his talks with businessman Joesley Batista of the JBS refrigerator and the opening of an inquiry into his name on the Supreme Court, President Michel Temer (PMDB) said he would not resign. ''I will not resign,'' he said. ''I know what I did and I know the correctness of my actions,'' he said in a hard speech. The audio of the conversation in which, according to the Attorney General's Office, Temer endorsed the purchase of the silence of former Deputy Eduardo Cunha (PMDB) came to the public and is inconclusive. (Credit Image: © Cris Faga via ZUMA Wire) 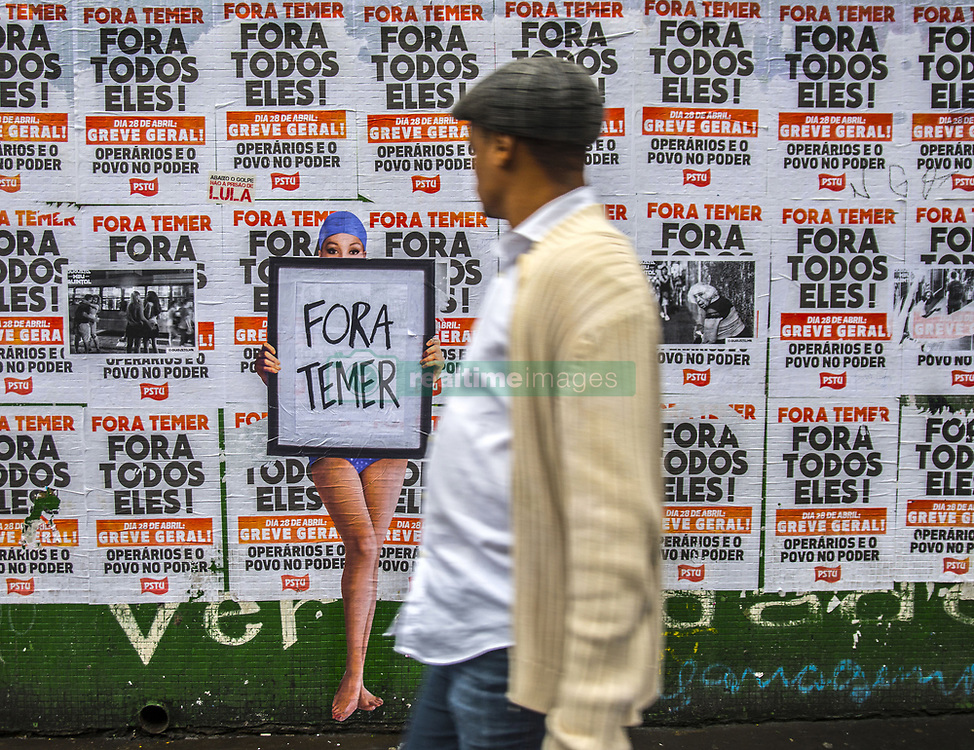