June 4, 2017 - Dhaka, Bangladesh - Bangladeshi weaver weaves Benarasi sari (Woman Wear) on a traditional wooden hand weaving loom at Mirpur in Dhaka, Bangladesh. On June 05, 2017.Benarasi Sari has an ancient history beginning from the Mughal Empire in the 16th century. It is known that it originated from Benaras, a northern city of India. Benarasi Sari found its way to Bangladesh, when the Muslims migrated from Benaras into Bangladesh. It was these migrants that started the practice of making Benarasi Sari at Mohammadpur and Mirpur in Dhaka.The texture of a Benarasi fabric can be either light or heavy. The silk is first put into rollers that twist a single silk thread with another to thicken its texture. This is then heated and put into a Tana where it is made into a bundle. The threads are then dyed elsewhere. The threads are stretched out in a single room made of rusted tin and worn out bamboo with barely any ventilation or lighting. In another similar room, a weaver weaves the designs on a sari. A single Benarasi Sari that is 21 feet in length and 3.5 feet in breadth can take a week or longer to be completed. (Credit Image: © Str/NurPhoto via ZUMA Press) 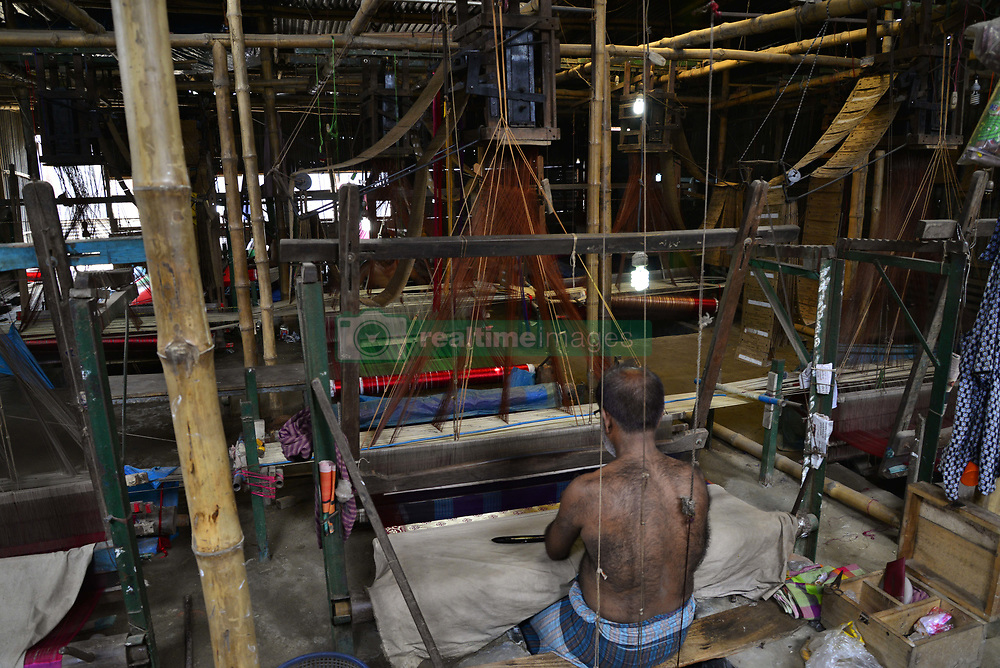