August 15, 2017 - Sept-Sorts, Paris, France - Police officers patrol the scene of a car crash, into a pizza restaurant, in Sept-Sorts, 55km east of Paris, on August 15, 2017, resulting in the death of a 13-year-old girl and seriously injuring four. Investigators said the young driver had tried to commit suicide and the incident was not terror-related. The man, who was arrested, said 'he had tried to kill himself yesterday (August 13) without success and decided to try again this way,' a source close to the inquiry said. (Credit Image: © Julien Mattia/NurPhoto via ZUMA Press) 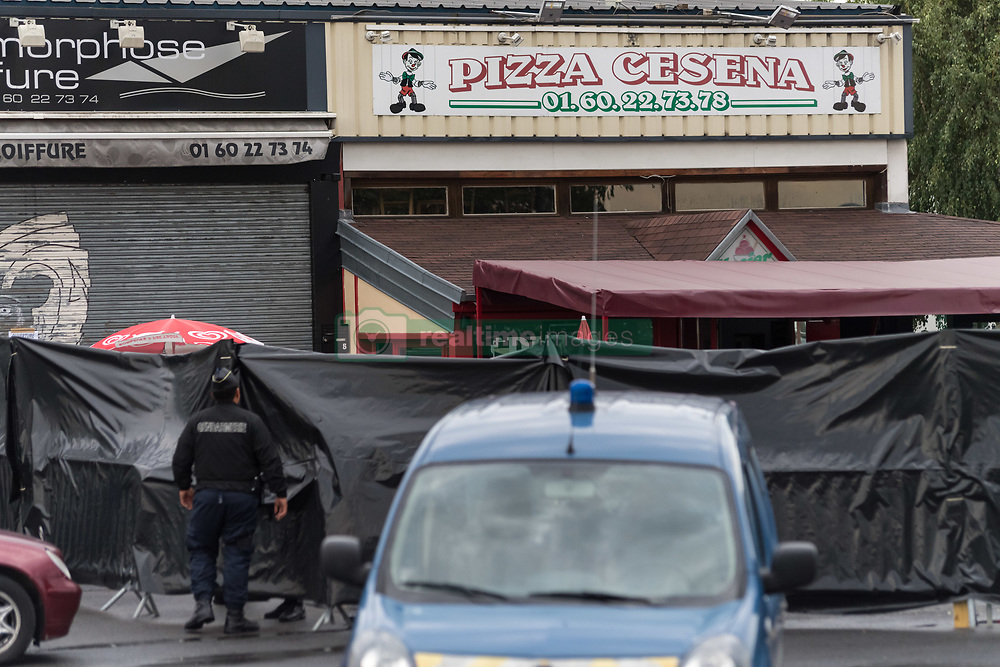