April 14, 2017 - Kolkata - Indian Hindu devotee pierced with iron rod during the Gajan festival in Burdwan district of West Bengal, India on Friday , 14th April , 2017.Gajan is a Hindu festival celebrated mostly in the Indian state of West Bengal. It is associated with such deities as Shiva, Neel and Dharmathakur. Gajan spans around a week, starting at the last week of Chaitro continuing till the end of the Bengali year. It ends with Charak Puja. Participants of this festival is known as Sannyasi or Bhokta. The central theme of this festival is deriving satisfaction through devotion and sacrifice. (Credit Image: © Sonali Pal Chaudhury/NurPhoto via ZUMA Press) 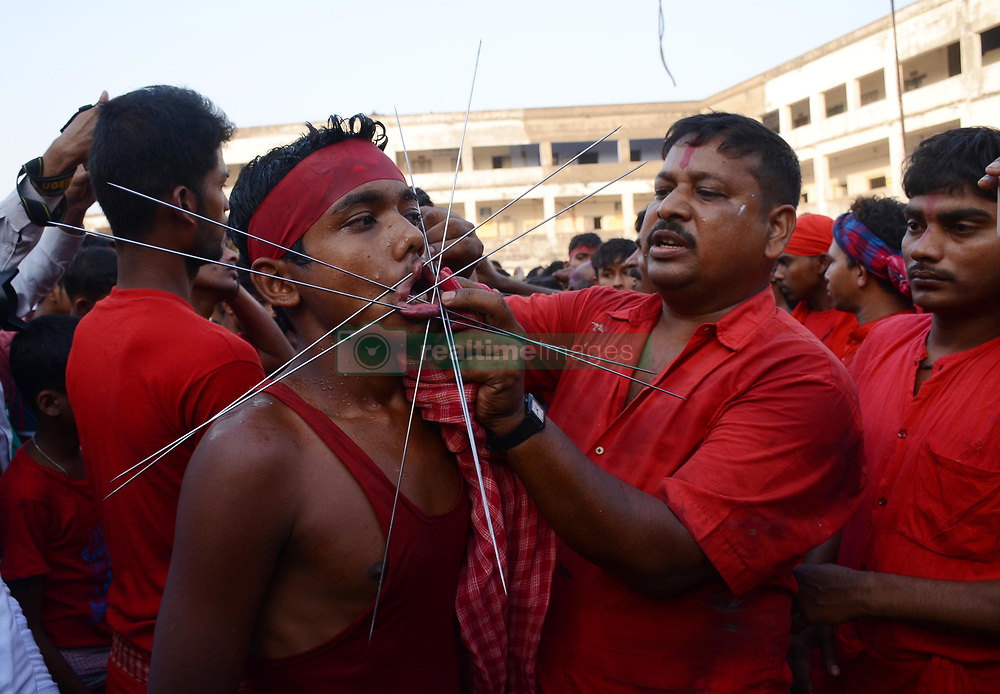