Doctors removing the teeth like structures from the bag 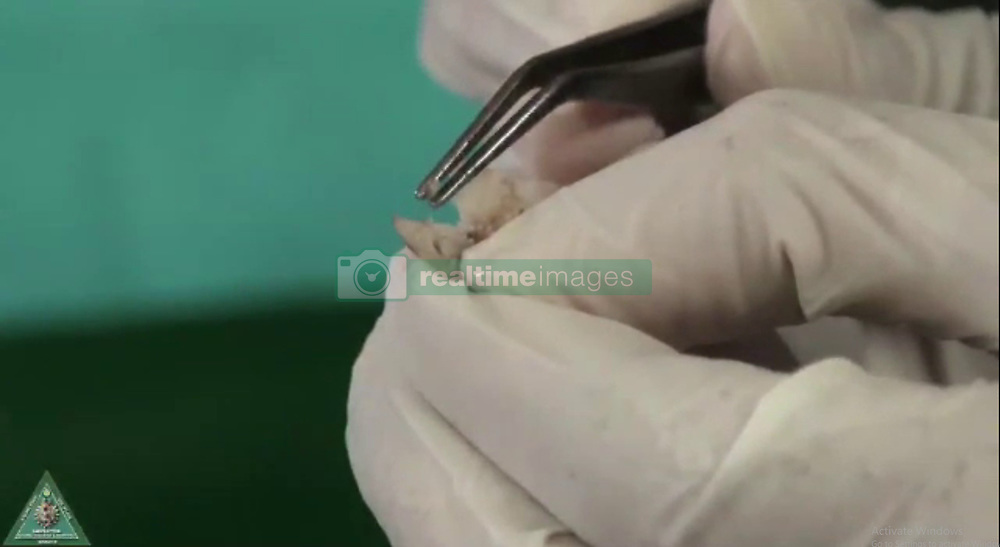