F*** you little bear! This is the adorable Paddington Bear Christmas commercial courting controversy in the UK.

F*** you little bear! This is the adorable Paddington Bear Christmas commercial courting controversy in the UK. The treasured children’s character is the star of the new festive advert for luxury retailer Marks and Spencer. The ad campaign for Christmas 2017 comes days before the world premiere of Paddington 2, starring an all-star British cast including Hugh Grant and Joanna Lumley. But it has some viewers wondering if Paddington has a potty mouth. In the ad it’s Christmas Eve and Paddington is fast asleep but his dreams of marmalade are interrupted by a loud thud on the roof. Upon investigation, he stumbles upon a burglar and despite the burglar’s protests that he is “not Santa” the determined and good-natured bear begins to ‘help’ him deliver the presents back to where they belong. The ad is meant to end with the burglar having seen the error of his ways and thanking Paddington for the help. Viewers, however, have complained they hear the burglar saying something rather rude. As he leans in to give Paddington a grateful embrace, he whispers 'thank you little bear' in his ear. But hundreds of people watching the advert when it aired for the first time on Tuesday heard something rather different, “F*** you little bear!” A spokesperson for Marks and Spencer has said the company has no plans on changing the ad’s ending despite the complaints. The spokesperson said: “He’s saying ‘Thank you little bear” it is really clear and we won’t be changing the ad.” Twitter, however, disagrees with thousands online posting their comments about the blue ending. What do you think?. 09 Nov 2017 Pictured: F*** you little bear! This is the adorable Paddington Bear Christmas commercial courting controversy in the UK. Photo credit: M&S / MEGA TheMegaAgency.com +1 888 505 6342 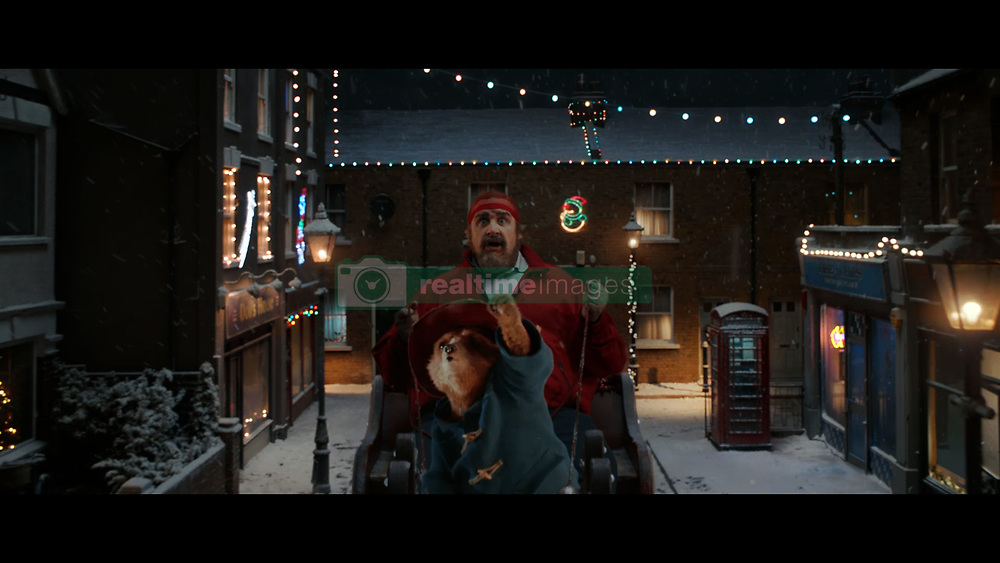