May 28, 2017 - Lahore, Punjab, Pakistan - Pakistani volunteers distributing Iftar foods before breaking their fast on the first day of the holy month of Ramzan-ul-mubarak food among the faithful muslims in Lahore on MAy 28, 2017. Muslims around the world celebrate the holy month of Ramzan by praying during the night time and abstaining from eating, drinking, and sexual acts daily between sunrise and sunset. Ramzan is the ninth month in the Islamic calendar and it is believed that the Koran's first verse was revealed during its last 10 nights. (Credit Image: © Rana Sajid Hussain/Pacific Press via ZUMA Wire) 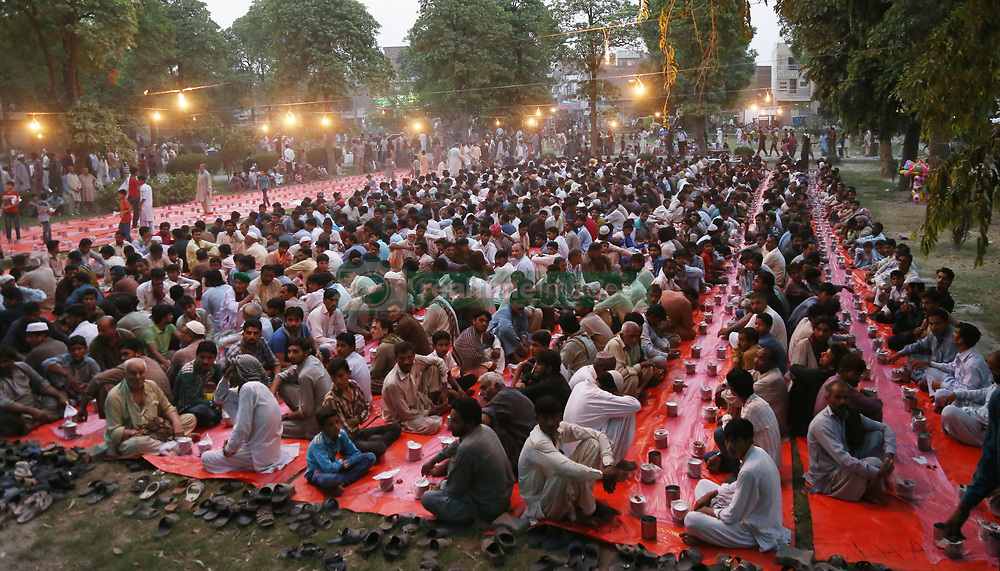