August 6, 2017 - New York City, New York, United States of America - Corner of Stonewall Place, near the Stonewall Inn, where riots took place in June of 1969 due to alleged targeting for raids. The subsequent protests in Greenwich Village are considered to be the first gay rights protests and where the pride movement began. More recently, a February 2017 protest against the Muslim ban and against attacks against the LGBTQ community resulted in arrests of activists known as the ''Stonewall 4''. Their court case took place on August 7th, 2017. (Credit Image: © Sachelle Babbar via ZUMA Wire) 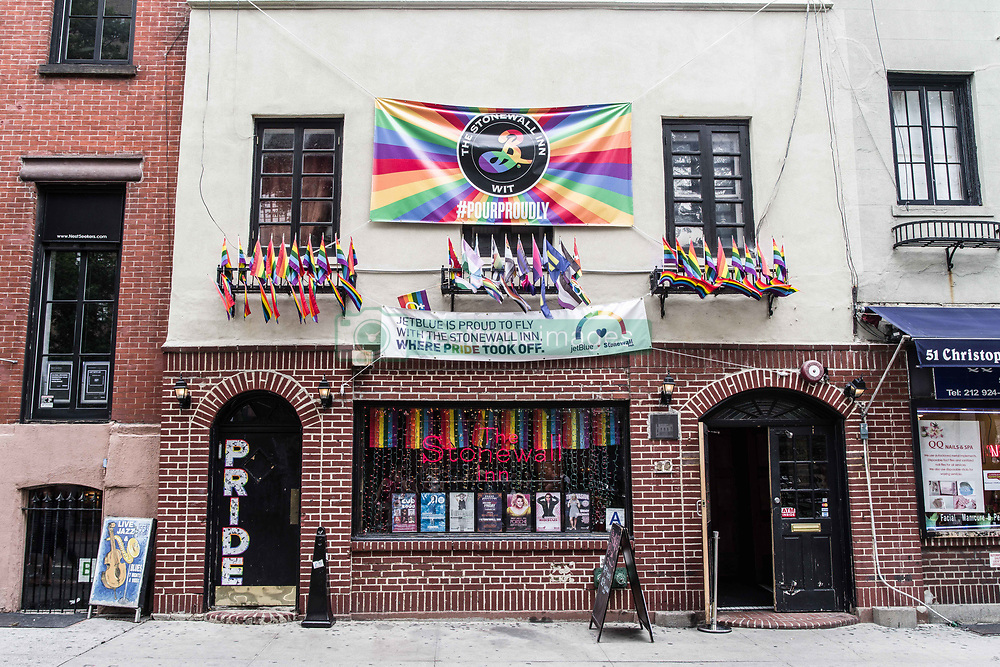