October 26, 2016 - Bogota, Colombia - Juancho Torres , a freelance photographer from Colombia, even he was born in the country, the war doesn't go to the cities like Bogota had heard more than a few stories about the mines. Colombiaâ€™s drawn-out battle between government forces, Marxist guerrillas and right-wing paramilitary groups has led to the worldâ€™s second-highest fatality rate from land mines, after Afghanistan. In recent years, it has only gotten worse. The Colombian government says that more than 11,000 people have been injured or killed by land mines in the country since 1990, with more than 2,000 victims in the last five years alone and more than 50 this year. All this work was done in record time, in one week taking measurements, assembly and molded parts, thanks to these unsung heroes. For a Colombia without landmines. Bogota, Colombia, on 26 October 2016. (Credit Image: © Juan Torres/NurPhoto via ZUMA Press) 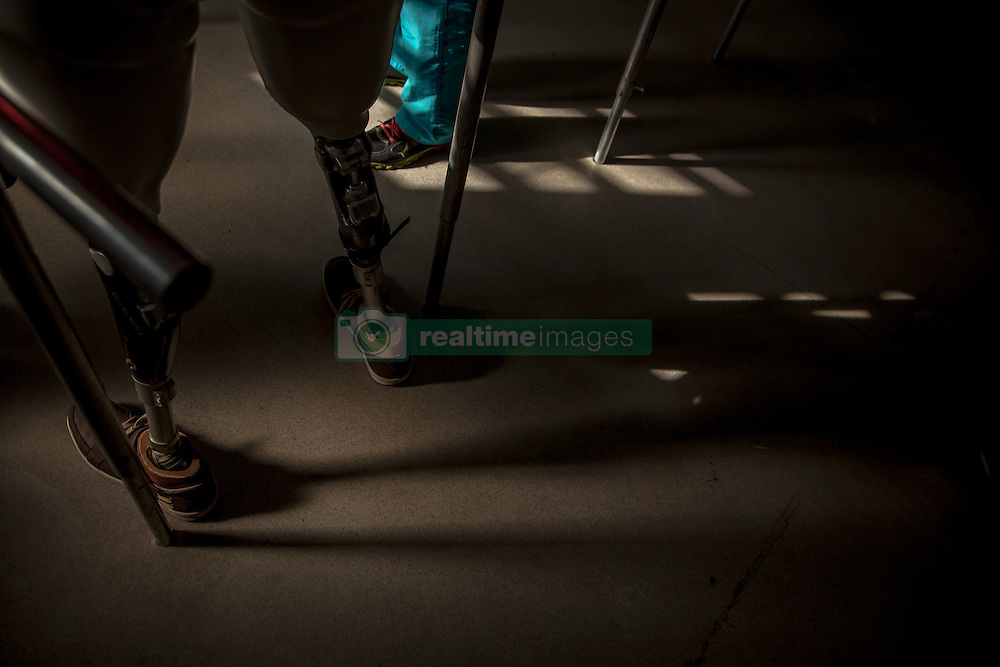