Vigil In Support Of Lava Jato

May 9, 2017 - Sao Paulo, Brazil - Members of the Brasil Livre movement are vigilant at the SÃ£o Paulo Art Museum in favor of Lava Jato on Tuesday night in SÃ£o Paulo, on May 9, 2017. Former President Luiz Inacio Lula da Silva will be questioned this Wednesday, 10, by federal judge SÃ©rgio Moro. In the suit, he is accused of having received $ 3.7 million in OAS bribes which, in return, would have closed three contracts with Petrobras, allegedly due to Lula's interference. (Credit Image: © Cris Faga/NurPhoto via ZUMA Press) 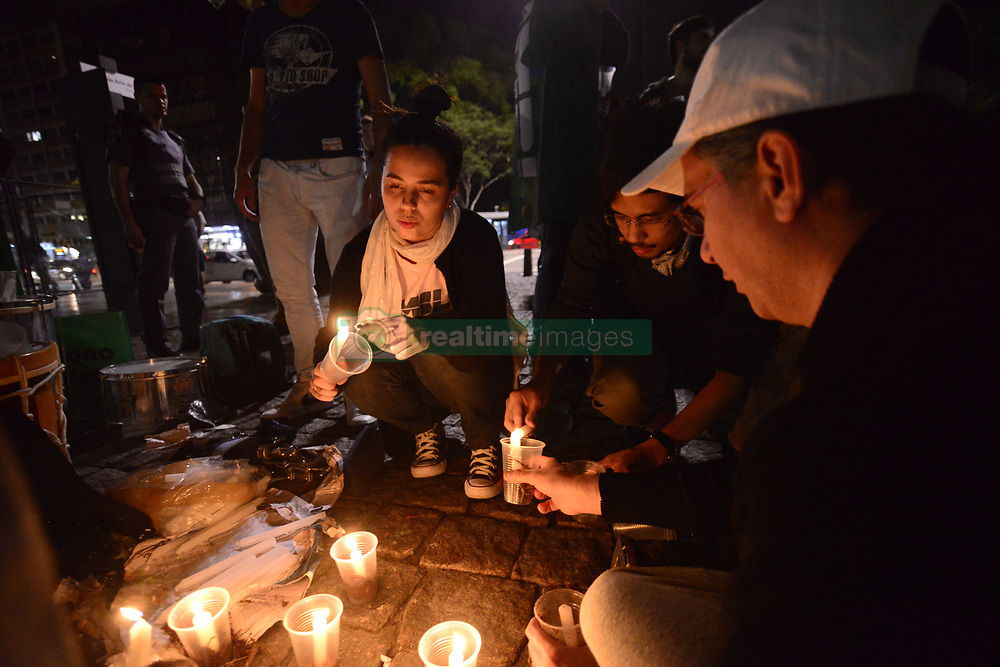