January 14, 2017 - Whittlesey, Cambridgshire, UK - Whittlesey UK. Picture shows a Musician & his dog from the Wakefield Morris dancers arriving at the 38th Whittlesey Straw Bear festival. In times past when starvation bit deep the ploughmen of the area where drawn to towns like Whittlesey, They knocked on doors begging for food & disguised their shame by blackening their faces with soot. In Whittlesey it was the custom on the Tuesday following Plough Monday to dress one of the confraternity of the plough in straw and call him a Straw Bear. The bear was then taken around town to entertain the folk who on the previous day had subscribed to the rustics, a spread of beer, tobacco & beef. The bear was made to dance in front of houses & gifts of money, beer & food was expected. (Credit Image: © Andrew Mccaren/London News Pictures via ZUMA Wire) 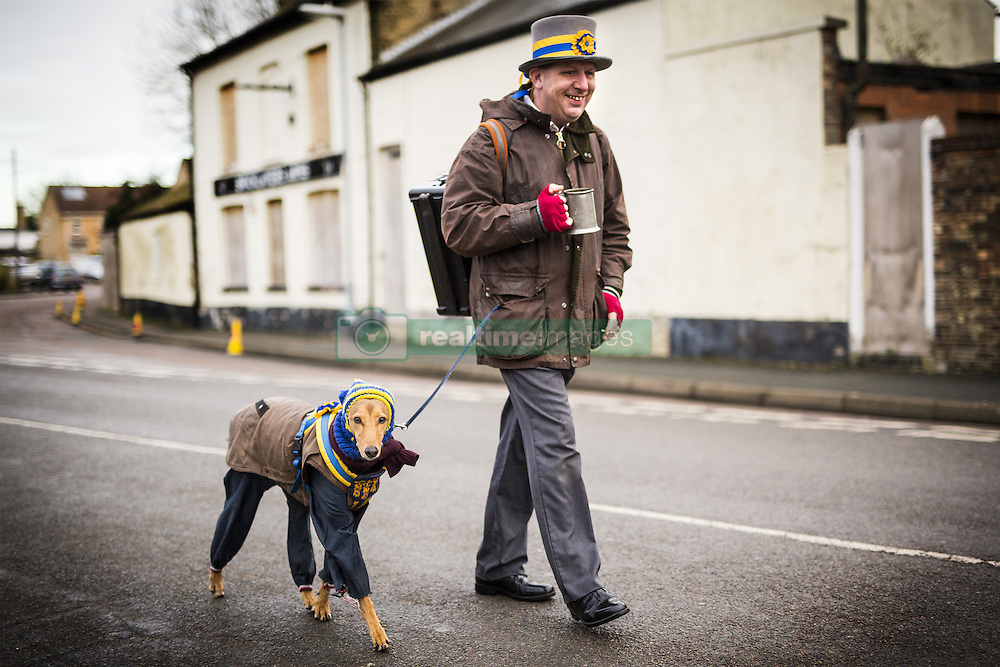