People sit during a special service after Concerned Citizens and Religious Leaders held a silent protest at St. George's Cathedral in Cape Town. 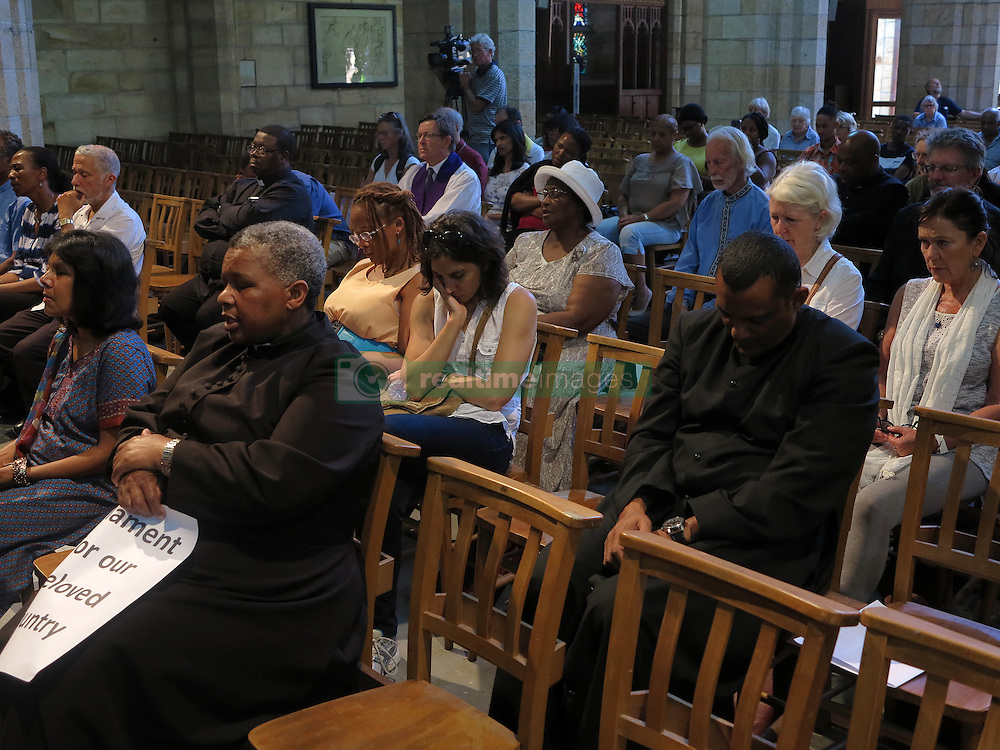