Apr 30, 2016 - Tankwa Town, Karoo Desert, South Africa - A giant sculpture of the letter ''X'', this year's theme at AfrikaBurn, stands out in front of a setting sun at this year's event in the Karoo Desert, South Africa, on April 30, 2016. AfrikaBurn, the smaller cousin of Burning Man, is now in its tenth year and aims to bring together creatives from all around the world to create art, exist in a non-monetary economy, and celebrate an alternative form of living. (Credit Image: © Tobin Jones/ZUMA Wire/ZUMAPRESS.com) 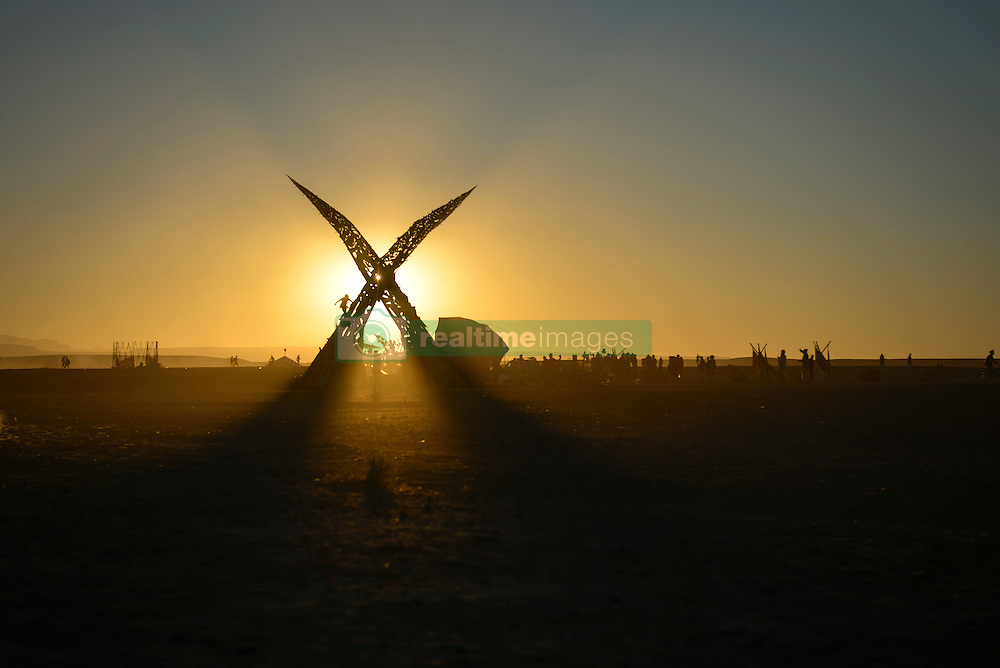