File photo dated December 8, 2016 of Grand Duke Jean of Luxembourg, flanked by Grand Duchess Maria Teresa and Grand Duke Henri, attending the ceremony marking the 125th anniversary of the Luxembourg dynasty in Luxembourg. Grand Duke Jean has died at the age of 98 with his family at his bedside. He had recently been admitted to hospital suffering from a pulmonary infection. Grand Duke Henri announced the death of his father in a statement saying, It is with great sadness that I inform you of the death of my beloved father, His Royal Highness Grand Duke Jean, who has passed away in peace, surrounded by the affection of his family. Photo by Robin Utrecht/ABACAPRESS.COM 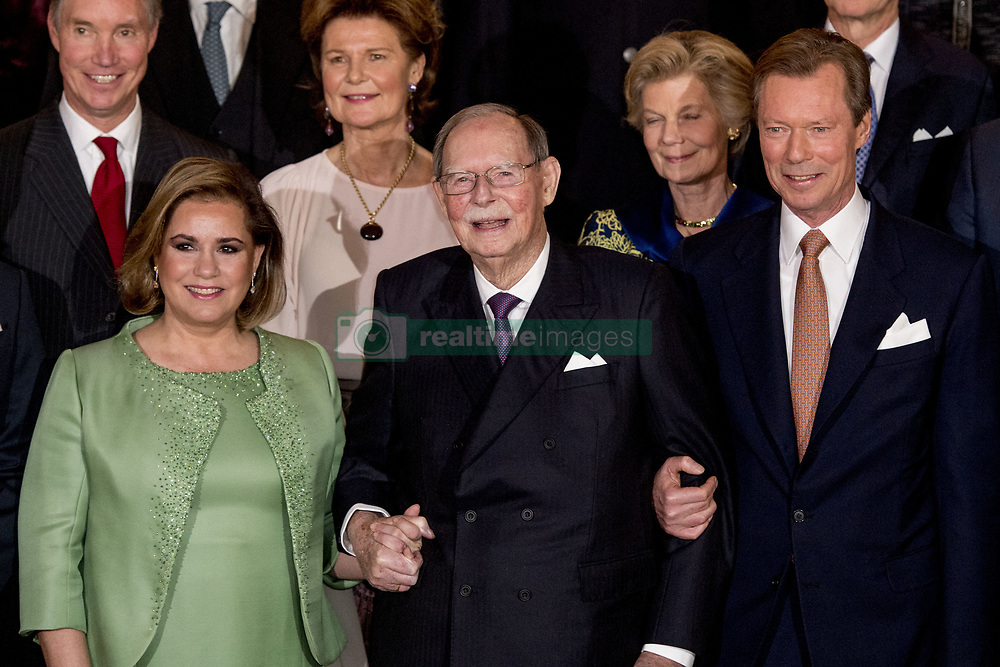