November 13, 2016 - Athens, Greece - Runners take pictures at the point where the flame of the race is lit. The 34st Athens Authentic Marathon marks the 120th anniversary of the first contemporary Marathon race in 1896. The event is inspired by the ancient hemerodromos that run from Marathonas to Athens to bring the victorious news of the battle against Persians in 480 BC. The race of 1896 was won by the Greek Spiros Louis. The event is dedicated to Grigoris Lambrakis, a doctor, Balkan Athletic Games champion and pacifist. At the Marathon race more than 18000 athletes competed, making a new record of participants. (Credit Image: © Kostas Pikoulas/Pacific Press via ZUMA Wire) 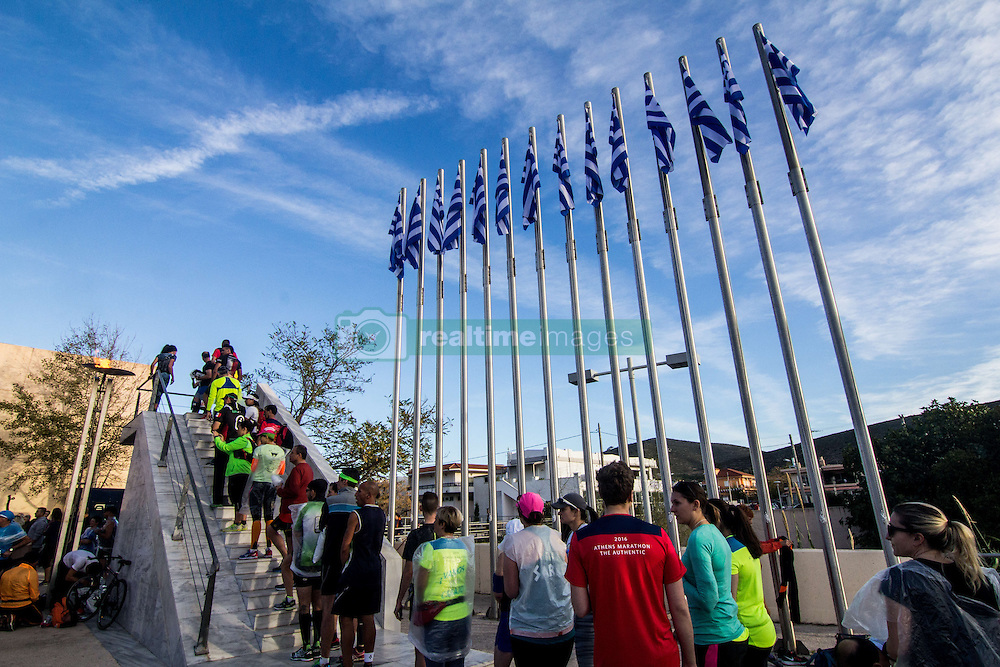