Reese Witherspoon poses in Draper James items for the summer 2018 collection while on location of her HBO show Big Little Lies in Monterey, California.

Reese Witherspoon is currently busy filming the second season of HBO hit Big Little Lies. And the 42-year-old actress — who as well as starring in the show is also a producer — took the opportunity to use the pretty Monterey, California, backdrop to do a photoshoot to launch the summer campaign for her Draper James clothing line. Reese is seen in a variety of outfits from the collection while on location of the hugely popular twisted drama. Speaking about the shoot, Reese explained: “It was fun to merge my worlds together for a day and I’m excited to give you a sneak peek into my life as an actor, producer and founder and creative director of Draper James.” In several shots, Reese is seen posing by a Bambi Airstream trailer, which appear to be stacked full of shoes. The mother-of-two said that the beachfront is her favorite place to film in Monterey on account of the rich nature on offer and asked about her filming rituals she added: “Before tough scenes, we have really fun dance parties in our trailers! It helps us not to take ourselves too seriously and brings some fun to set.” Asked what is to come in season 2 of Big Little Lies, Reese played it coy but did hint: “More Lies.” The show returns in 2019 on HBO, with co-stars Nicole Kidman, Shailene Woodley, Zoe Kravitz and Oscar darling Meryl Streep is also joining the cast. 17 May 2018 Pictured: Reese Witherspoon poses in Draper James items for the summer 2018 collection while on location of her HBO show Big Little Lies in Monterey, California. Photo credit: Draper James/ MEGA TheMegaAgency.com +1 888 505 6342 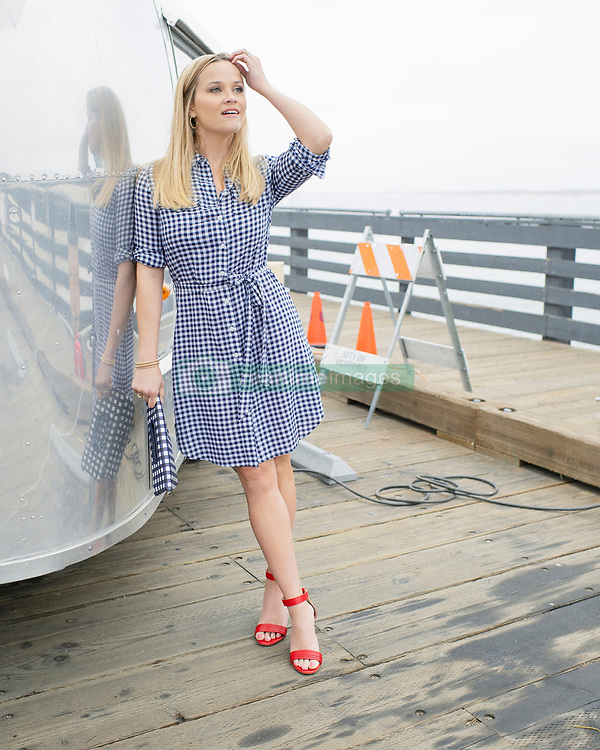