April 27, 2018 - April 27, 2018 (Malaga, Spain) 'Myths of a Galaxy' arrives in Malaga to benefit the Andres Olivares Foundation. Myths of a very distant galaxy, is an exhibition that brings together unique collectible figures, busts, autographs, multimedia content, dioramas, original storyboards, life-size figures, original pieces and exclusive contents of the Star Wars saga and that from this weekend you can visit in Malaga capital.Most of the exposed material is limited worldwide to very few units, which makes it a unique opportunity to see these wonders together. Between the pieces of the sample a replica of the original helmet of Darth Vader appears in EP III ''The revenge of the Sith'' with the signature of the actor, Hayden Christensen; a showcase with life-size heads of some of the robots that appear in the movies and a spectacular diorama of the scene of the ''Escape of the Death Star''. There are statues and life-size figures of a Sandtrooper, a Stormtrooper, the most feared bounty hunter in the galaxy; Boba Fett, a Jawa, Jedi master Yoda, Han Solo in carbonite and the R2-D2 droid. Special mention must be made of the autographs of the actors, as well as original storyboards of episodes IV and VI and figures of the palace of Jabba. It is the most important collection in Europe, which has already visited more than one million spectators and has toured Madrid, Barcelona, â€‹â€‹Bilbao, Seville, Santiago de Compostela, Badajoz, Jerez de la Frontera, Segovia, Guadalajara, Lisbon and Jeddah, in Saudi Arabia .The exhibition on Star Wars can be visited from April 27 to May 27 at the Palm Grove of Surprises of the port of Malaga (Credit Image: © Lorenzo Carnero via ZUMA Wire) 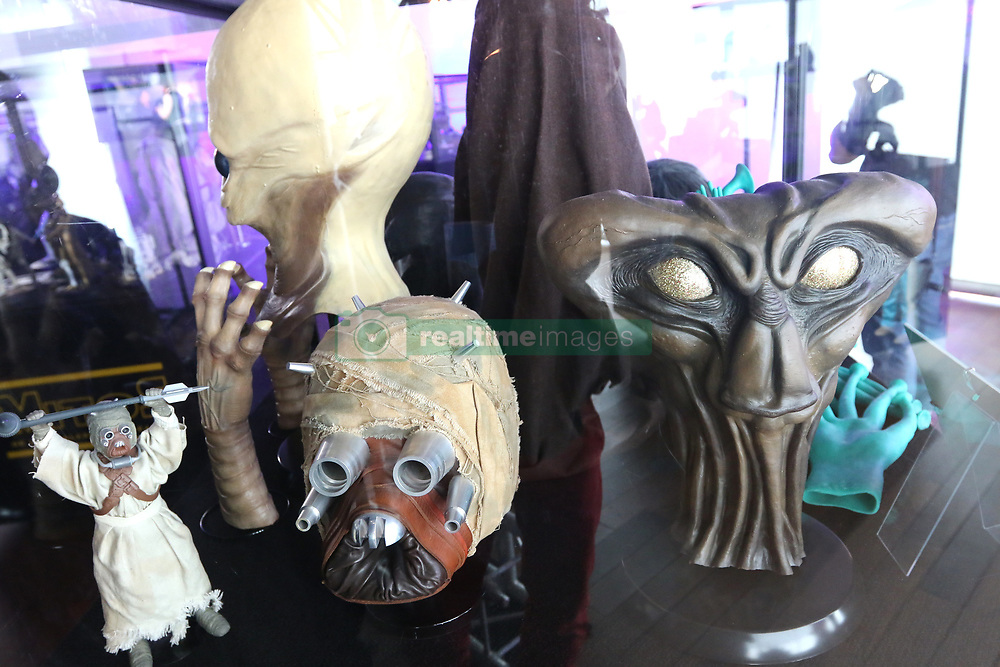