August 14, 2017 - Gaza, gaza strip, Palestine - A Palestinian woman is seen through a window en route to the Rafah border between the Gaza Strip and Egypt before leaving for the annual hajj pilgrimage to the holy city of Mecca, in Gaza City, early , Aug. 14, 2017. Hundreds of Palestinian pilgrims are leaving Gaza through the Rafah border crossing with Egypt on their way to Mecca, Saudi Arabia, for hajj. Egypt has agreed to keep the crossing open for three days to allow thousands of people to cross. (Credit Image: © Majdi Fathi/NurPhoto via ZUMA Press) 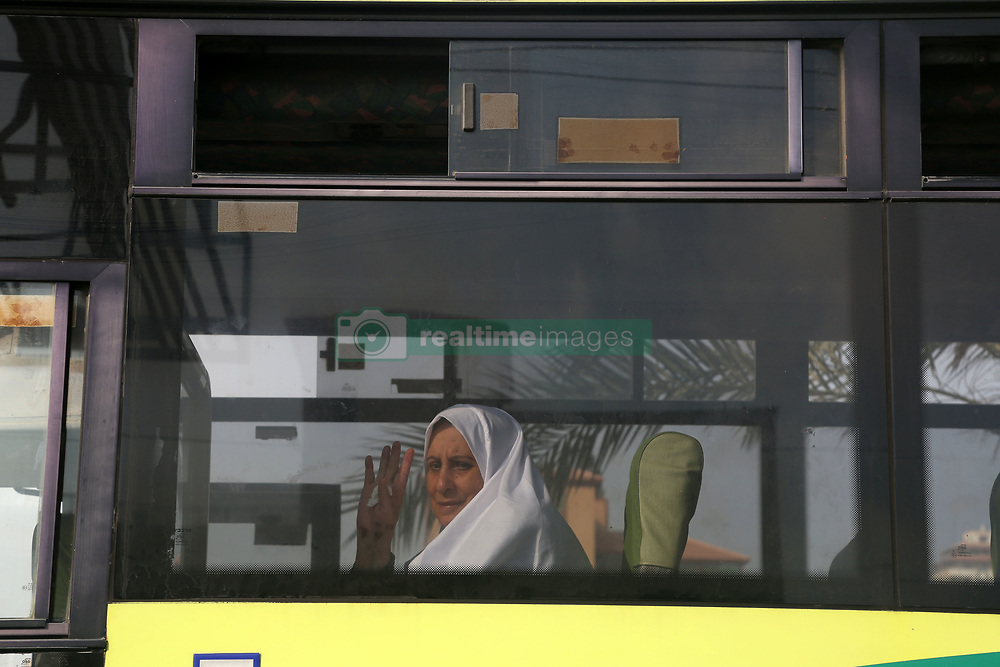