November 21, 2018 - Tucson, Arizona, U.S. - Protesters turn out onto the street of Tucson after the not guilty verdict in the 2012 shooting of Mexican teen Jose Antonio Elena Rodriguez. Border Patrol agent Lonnie Swartz shot the teen 16 times through the border fence in Nogales after the boy was allegedly throwing rocks at agents. Instead of retreating for cover like other agents Swartz chose to use deadly force and kill the fleeing Rodriguez. (Credit Image: © Christopher Brown/ZUMA Wire) 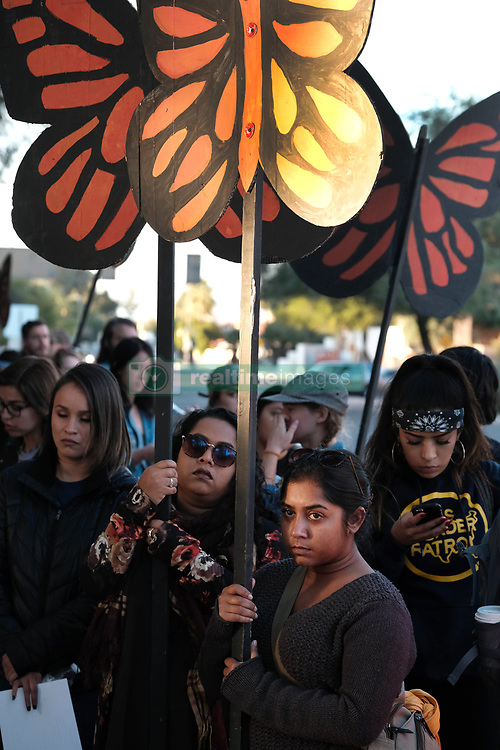