May 31, 2017 - Silver Spring, Maryland, U.S. - Americans rely on the U.S. military to keep them safe from humans who would do them harm What they might not know is that some service members work around the clock to protect them from microscopic bad guys, as well, deadly viruses and bacteria.Personnel at the Walter Reed Army Institute of Research, a Defense Department biomedical facility in Silver Spring, Maryland, are researching and developing vaccines that can save military and civilian lives. Pictured: Biochemistry Lab Army Maj. Patrick Twomey, chief of the Walter Reed Army Institute of Research Clinical Trials Center, stands next to a fume hood at WRAIR in Silver Spring, Md., May 31, 2017. Most vaccine samples arrive at WRAIR readymade, but others first require some preparatory mixing under a fume hood. (Credit Image: © Rick Docksai/DoD via ZUMA Wire/ZUMAPRESS.com) 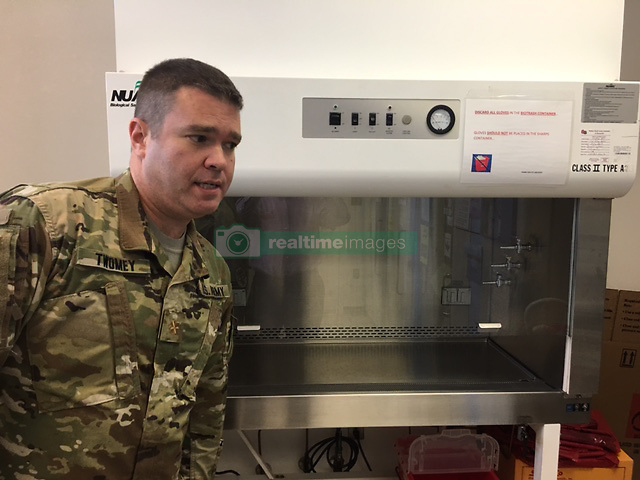