Pensioners demonstrate against austerity in Athens

June 15, 2017 - Athens, Attica, Greece - Greek pensioners from around the country protest against new pension cuts, as part of a deal with the country's international creditors, in central Athens on June 15, 2017. According to data from the Unified Pensioners Network, 8 out of 10 pensioners have been in a state of poverty, while the upcoming measures will trigger a reduction in pensioners' income to 70% (Credit Image: © Panayotis Tzamaros/NurPhoto via ZUMA Press) 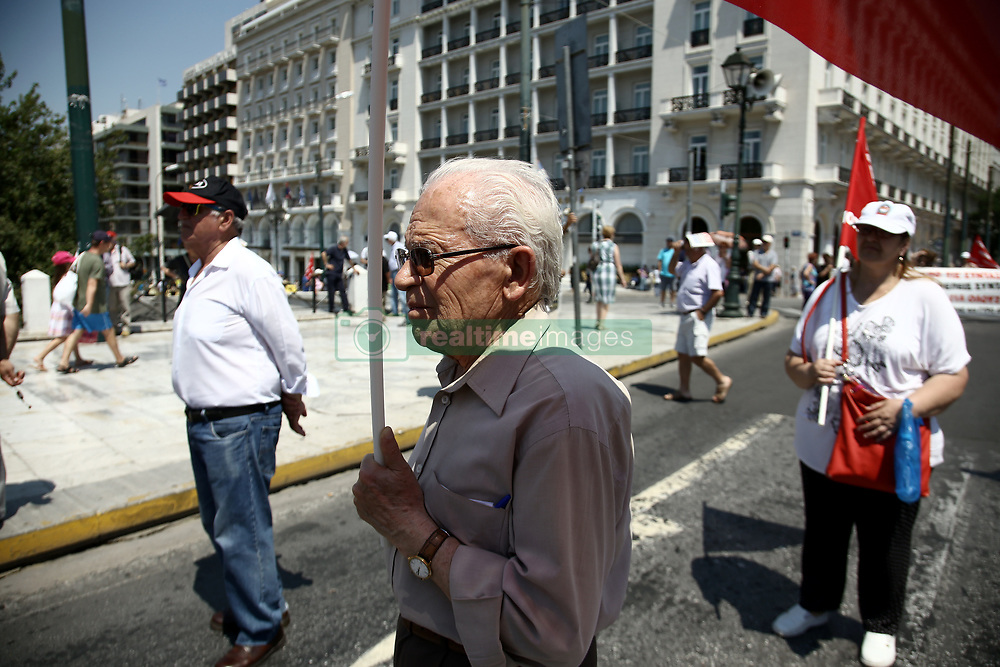