June 18, 2017 - Figueira dos Vinhos, Portugal - Some of the fire victims lay covered in the road at Pedrogao Grande municipality under military guard (GNR) near the village of Nodeirinho. At least 62 people were killed in the fire that hit Pedrógão Grande and two other municipalities in the district of Leiria since Saturday, according to the Secretary of State for Internal Affairs Portugal. (Credit Image: © Atlantico Press via ZUMA Wire) 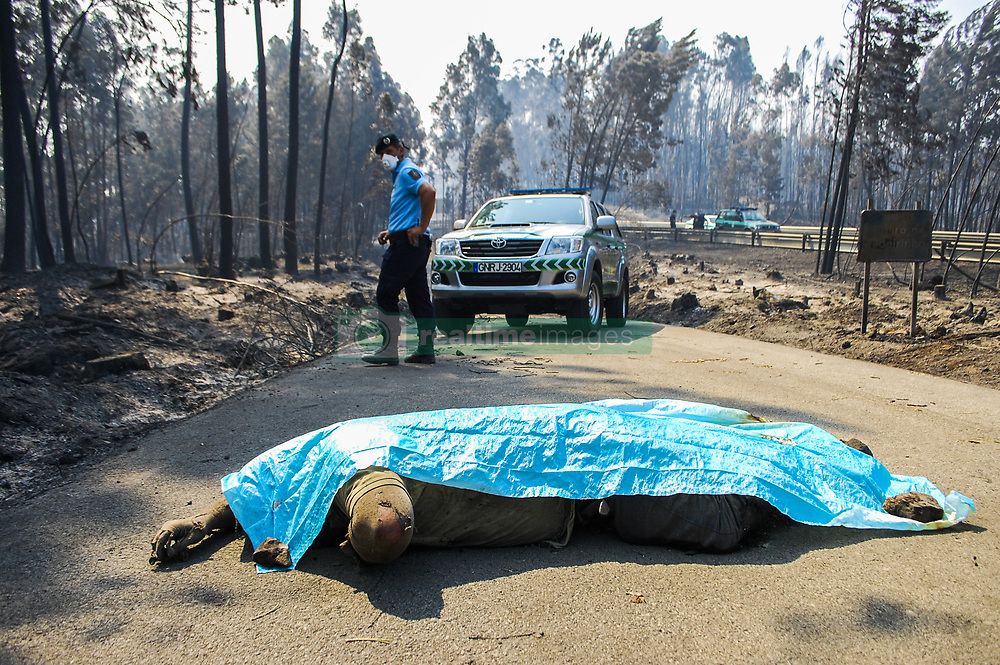