BEIJING, March 12, 2018 Photo taken on April 28, 2016 shows Sudan, the last male northern white rhino in the world, eating at Ol Pejeta Conservancy in Nanyuki, Kenya. The world's only remaining male northern white rhino has been battling with a life-threatening ailment. The 45-year-old giant land mammal, fondly named as Sudan, has been sheltered at the Ol Pejeta Conservancy in the northern Kenyan county of Laikipia, and has lately grappled with an infection on his right hind leg, undermining his capacity to roam around and forage. ''There has been no significant improvement on the health of Sudan and doctors are on the standby to administer treatment twice a day,'' said Elodie Sampere, communications manager at Ol Pejeta Conservancy, during an interview with Xinhua. zjy) (Credit Image: © Pan Siwei/Xinhua via ZUMA Wire) 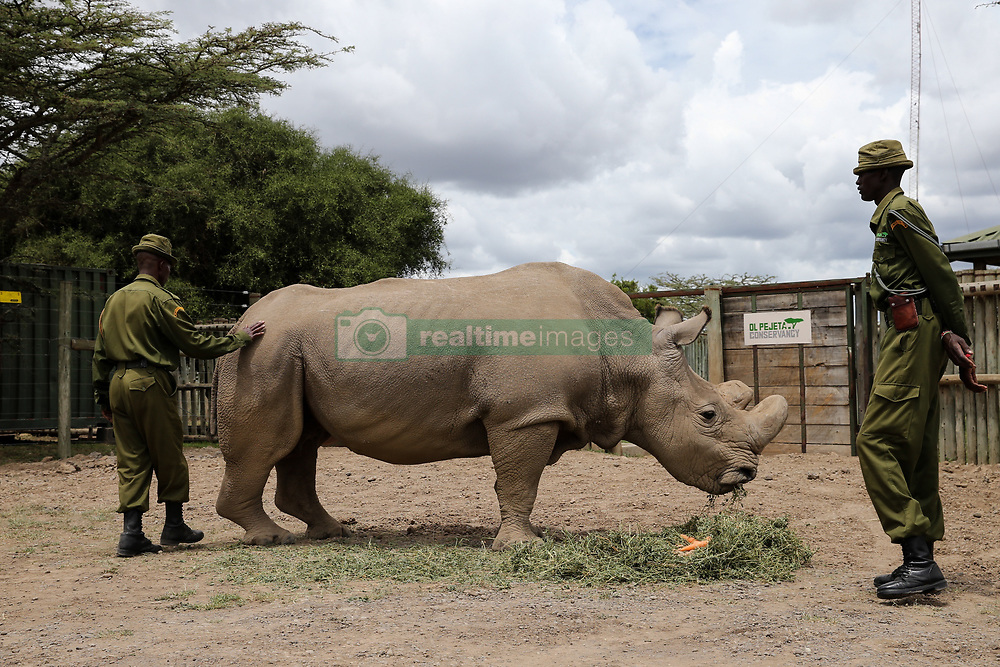