PROTEST AGAINST IMPUNITY AND AGAINST CORRUPTION

August 28, 2017 - SÃ¢O Paulo, SÃ£o Paulo, Brazil - SAO PAULO SP, SP 27/08/2017 PROTEST AGAINST IMPUNITY AND AGAINST CORRUPTION: With less adhesion than at the time of the impeachment of Dilma Rousseff and shouts against the minister Gilmar Mendes, of the Supreme Federal Court (STF), followers of the movement Vem Pra Rua marched in SÃ£o Paulo this Sunday. According to RogÃ©rio Chequer, leader of the group, the common protest agenda is ''for political renewal,'' which includes ''opposition to the foundation, the district and the use of bribes derived from the activity of the mandate to make box two.'' Former presidents Lula and Dilma, senators AÃ©cio Neves (PSDB-MG) and Lindbergh Farias (PT-RJ), federal deputy Vicente CÃ¢ndido (PT-SP) and minister Gilmar Mendes were among the most rejected by public posters (Credit Image: © Cris Faga via ZUMA Wire) 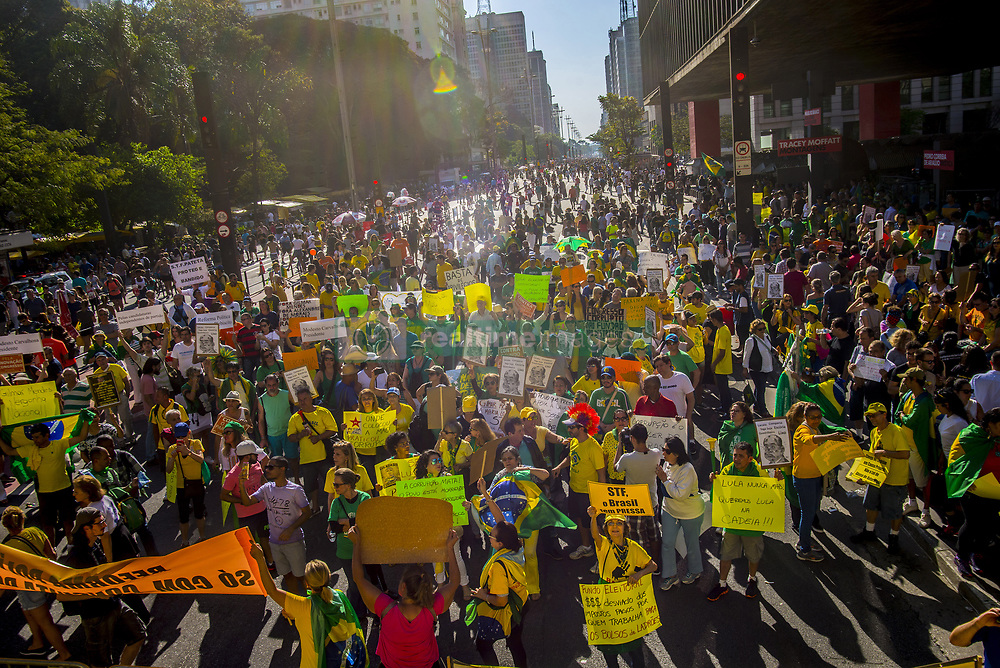