Jair Bolsonaro, the candidate who promises to change Brazil with a strong hand

October 6, 2018 - SÃ£O Paulo, SÃ£o Paulo, Brazil - SAO PAULO SP, SP 06/10/2018 BOLSONARO:On the eve of the election for the Brazilian Presidency, an important shopping center in SÃ£o Paulo sells t-shirts and masks by Jair Bolsonaro.The candidate for the presidency of Brazil for the Social Liberal Party (PSL), Jair Messias Bolsonaro, is an old acquaintance of politics who became the hope of millions of Brazilians change the country. Born March 21, 1955, the military in the reserve began his political career in 1988, when he was elected as an alderman in Rio de Janeiro by the Christian Democratic Party (PDC). With a popular and extreme right-wing speech, Bolsonaro has become the hope of millions of citizens who see in him the solution to the problems of insecurity that exist in Brazil, although it is also the fear of his detractors, who consider him a threat to democracy. (Credit Image: © Cris Faga/ZUMA Wire) 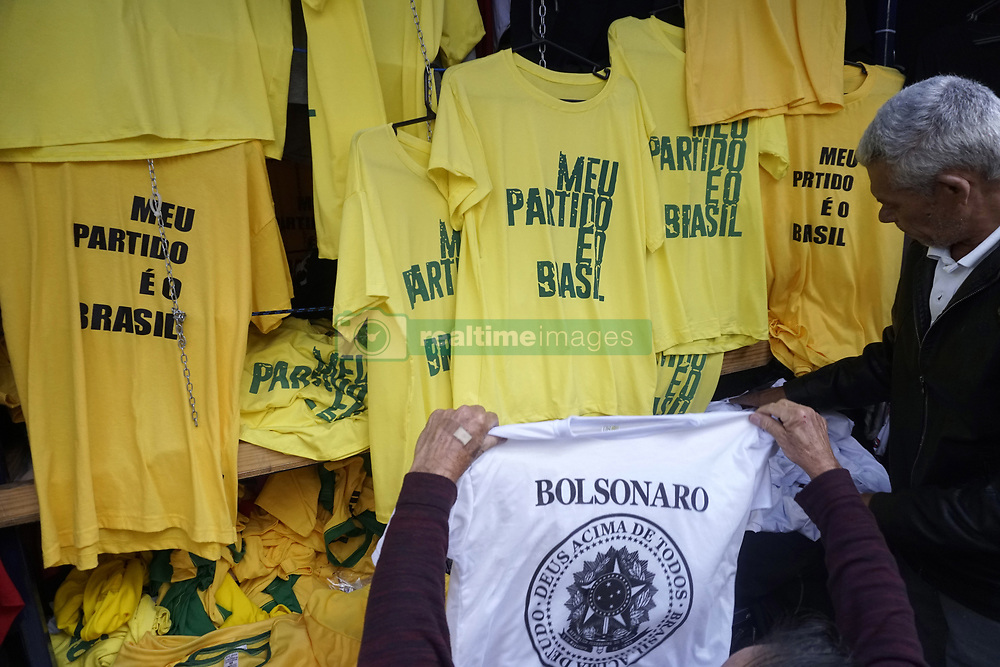