July 29, 2017 - New York, New York, United States - (photo: Sachelle Babbar) Coordinated with a simultaneous demonstration at The White House in Washington D.C., a event took place at NYC's Columbus Circle in protest of the transgender ban in the US military. The protest groups have widely cited Trump's own five 'draft dodges'' to discredit this latest move being seen as regressive and pandering to Christian groups, the alt-right, and the far- and radical-right spectrum. Harlem Pride was among the sponsors. The demonstration then joined the protest against the attacks on the Affordable Care Act (ACA) in front of Trump Tower. (Credit Image: © Sachelle Babbar via ZUMA Wire) 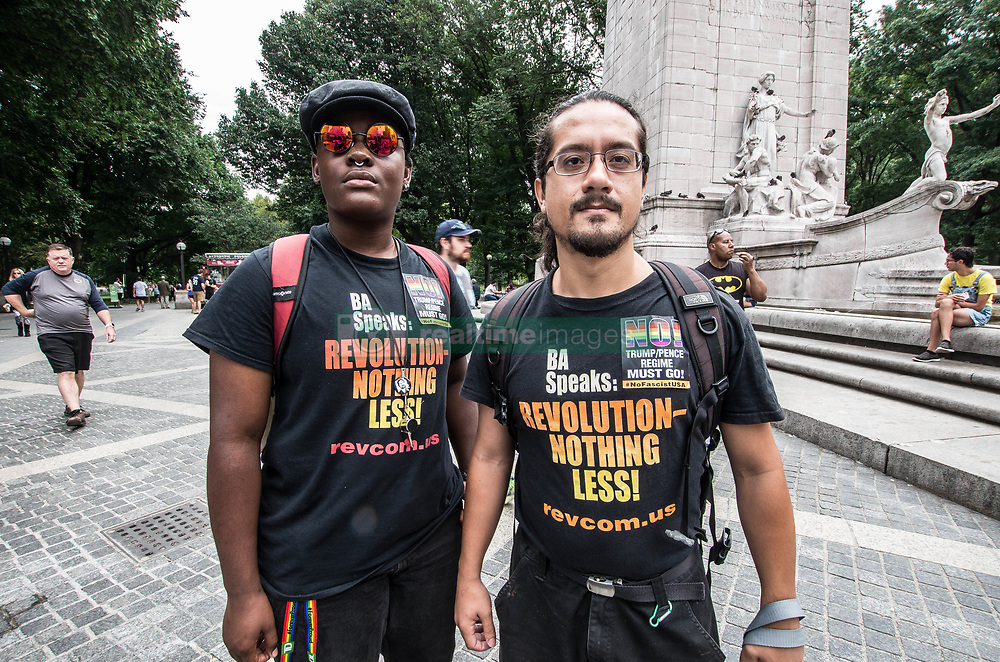