U2 ends the Joshua Tree tour in San Diego

September 22, 2017 - San Diego, CA, United States - San Diego, CA_9_22_2017_The Irish rock band U2 pulled into San Diego for the final performance of The Joshua Tree tour at SDCCU stadium paying homage to their breakthrough late 1980s album that catapulted them to stardom. At one point in the concert lead singer Bono asked for all the lights to be dropped and immediately every turned on their cell phone at once. (Credit Image: © John Gastaldo via ZUMA Wire) 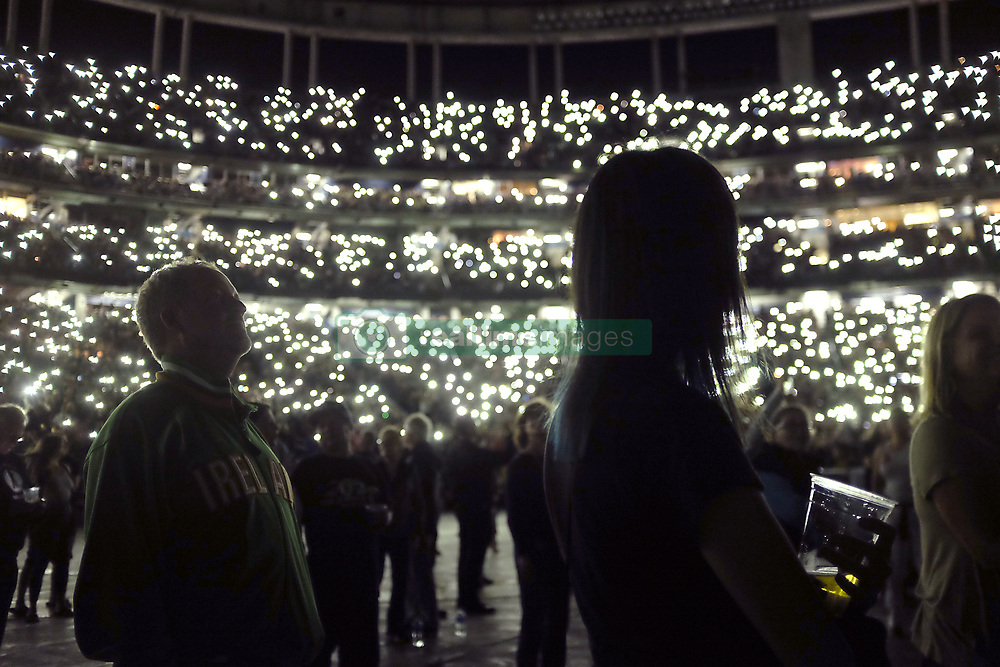