June 18, 2017 - London, UK - London, UK. 18th June 2017. Nicola Curtis who was also elected by residents to be a member of the Resident Engagement Panel speaks about the managed neglect of the estate and reveals that Lambeth Council have now said they will no longer engage with her and Karne Bennett despite their having been elected by estate residents. They are continuing the campaign to save the Central Hill Estate, passed for demolition by the council despite the almost unanimous vote of residents for plans to refurbish rather than demolish and the plans by Architects for Social Housing which would acheive the increase in density desired without demolition. THe estate was planned by borough architect Ted Hollamby as a living community and was built to exceptional standards and was remarkably successful, with a number of original residents from the 1970s still living there and wanting to continue to do so. When it was built the Labour council believed that nothing was too good for the working people and the estate is still in remarkably sound condition despite a deliberate process of managed neglect - like that which had resulted in the Grenfell Tower disaster - by Lambeth Council to over the past 20 or so years to promote its demolition. Peter Marshall ImagesLive (Credit Image: © Peter Marshall/ImagesLive via ZUMA Wire) 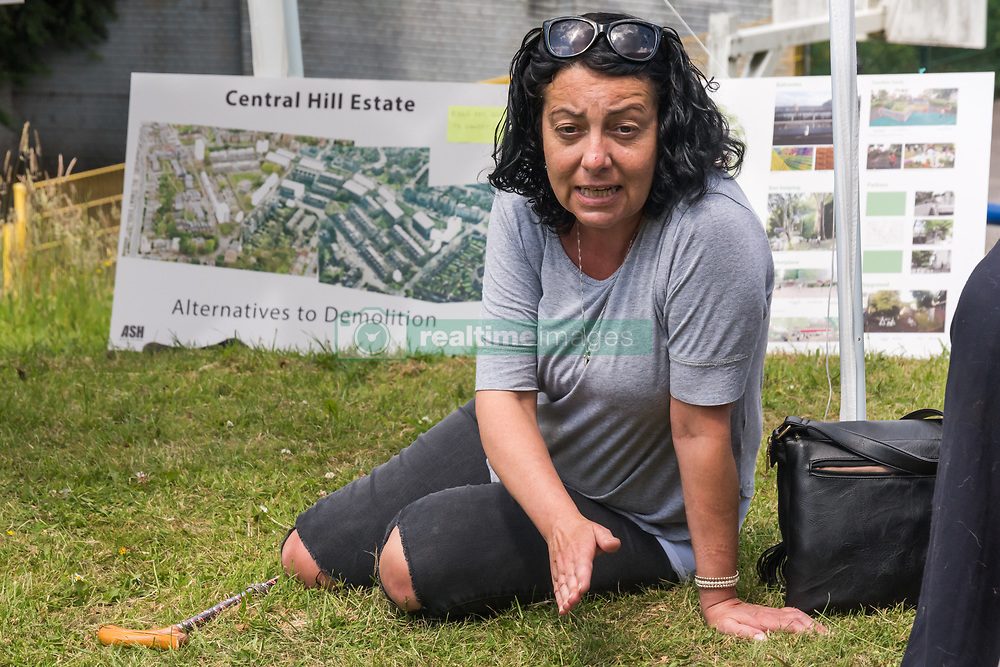