October 8, 2018 - Thessaloniki, Greece - Refuges, most of them Kurds, settled up a makeshift spot for sleeping in Aristotelous square in Thessaloniki city downtown, as they are waiting outside of the police station to be officially arrested and get their temporary official documents that allows them to travel within the European Union. Migrant flows are increased the past days in Thessaloniki city. They are mostly transferred via smugglers from the Greek Turkish borders. All the facilities for refugees in Thessaloniki are working over their capacity. (Credit Image: © Nicolas Economou/NurPhoto via ZUMA Press) 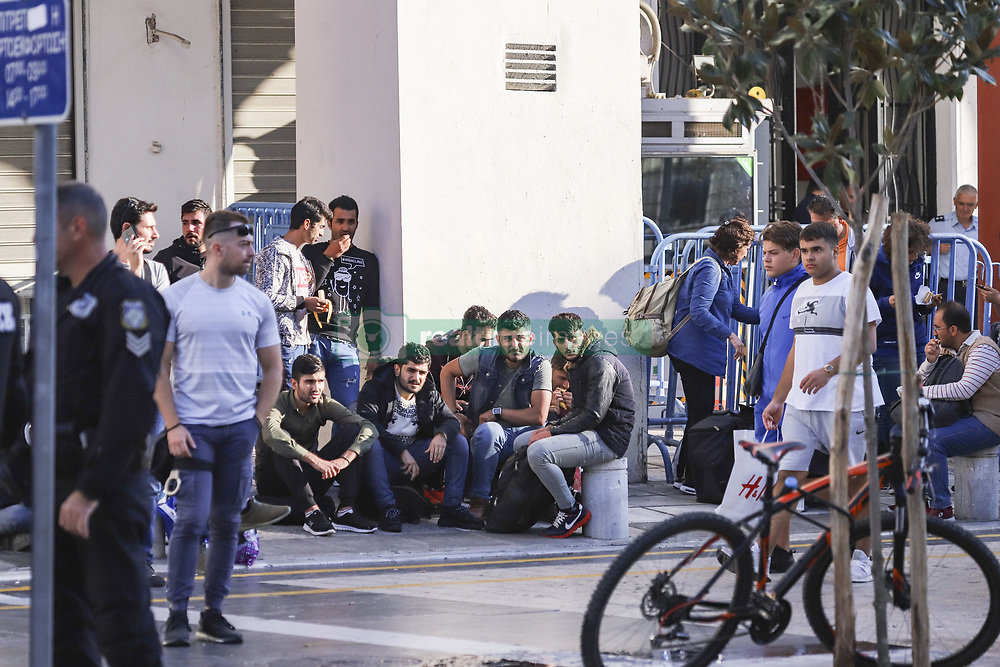