(FILE) Chris Pratt and Anna Faris Divorce Settlement Details Revealed. The details of the divorce settlement between Chris Pratt and Anna Faris are coming to light. The two, who obtained a private judge to work out the deal, reportedly signed off on the deal on Wednesday (November 7, 2018) according to TMZ. According to the documents, they have agreed to live "no more than five miles apart for about the next five years." This deal was made so that the two parents stay in place until their six-year-old son, Jack, completes the sixth grade. HOLLYWOOD, LOS ANGELES, CA, USA - APRIL 19: Actors Chris Pratt and Anna Faris arrive at the Los Angeles Premiere Of Disney and Marvel's 'Guardians Of The Galaxy Vol. 2' held at Dolby Theatre on April 19, 2017 in Hollywood, Los Angeles, California, United States. 19 Apr 2017 Pictured: Chris Pratt, Anna Faris. Photo credit: Xavier Collin/Image Press Agency/MEGA TheMegaAgency.com +1 888 505 6342 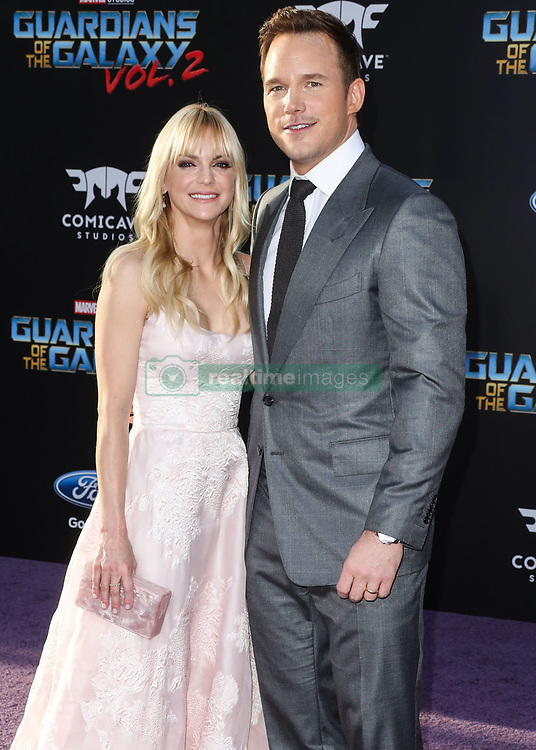