The Canal Parade 2017 in Amsterdam

August 5, 2017 - Amsterdam, Netherland - On August 5th, 2017. Before and during the celebration of The Canal Parade in Amsterdam, an action called ''We Reclaim our Pride'', took place in one of the bridges of Amsterdam. The reason of this action is, that the Pride has become a celebration that involves the participation of certain corporations and political parties that are far removed from this fight for freedom. This action is oranizated by several groups that cannot celebrate the freedom of one group at the expense of the freedom of other groups. Although the LGBTQI+ movement has made significant progress since the Stonewall riots, there is still a lot to gain when it comes to the liberation from hetero/cis-normativity and sexism in the Netherlands. (Credit Image: © Romy Arroyo Fernandez/NurPhoto via ZUMA Press) 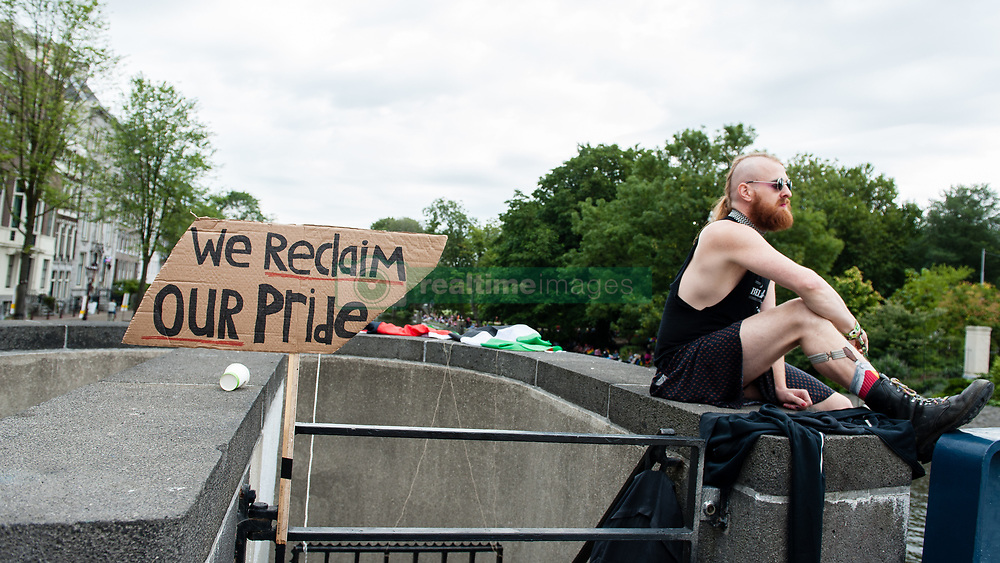