Concerned Religious Leaders and other South Africans gathered together for a community protest in support of the call to #SaveSouthAfrica from 'the acute social crisis that has been brought about by corruption, mismanagement and political intrigue' as reported nationwide in the news. The campaign was formed under the banner of holding government leaders accountable to the Constitution and the values they have pledged to uphold as representatives of the people. The #SaveSouthAfrica Community Protest walked from St. George's Cathedral to the National Prosecuting Authorities office in Cape Town, South Africa on Wednesday 2nd November 2016. 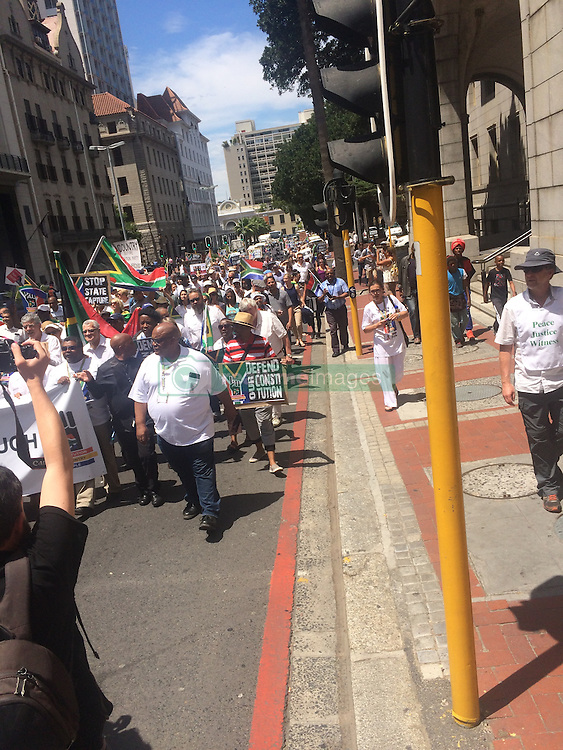