June 22, 2017 - Tokyo, Tokyo, Japan - A humanoid robot called Alter, designed by scientists in Japan is exhibited at the National Museum of Emerging Science and Innovation in Tokyo, Japan. That CPG has a neutral network that replicates neurons, allowing the robot to create movement patterns of its own, influenced by sensors that detect proximity, temperature and, for some reason, humidity. The setup doesn't make for human-like movement, but it gives the viewer the very strange sensation that this particular robot is somehow alive. (Credit Image: © Alessandro Di Ciommo via ZUMA Wire) 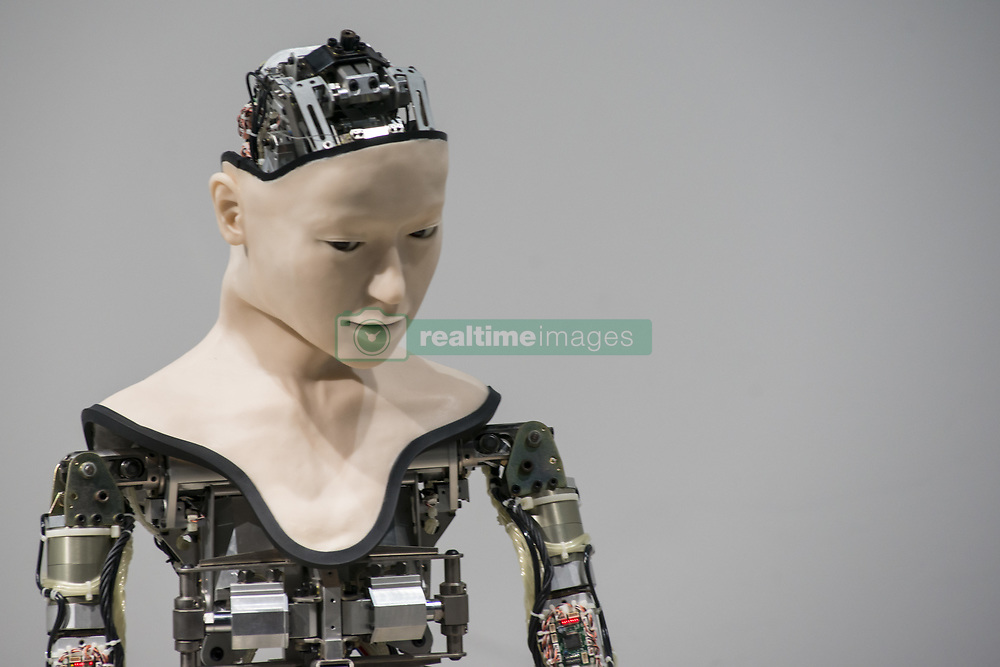