File photo dated March 23, 2010 of US President Barack Obama and Vice President Joe Biden smile during the signing ceremony of the health insurance reform bill in the East Room in Washington, DC, USA, Former President Barack Obama endorsed Joe Biden, his two-term vice president, on Tuesday morning in the race for the White House. Choosing Joe to be my vice president was one of the best decisions I ever made, and he became a close friend. And I believe Joe has all the qualities we need in a president right now, Obama said in a video posted to Twitter. Photo by Olivier Douliery/ABACAPRESS.COM 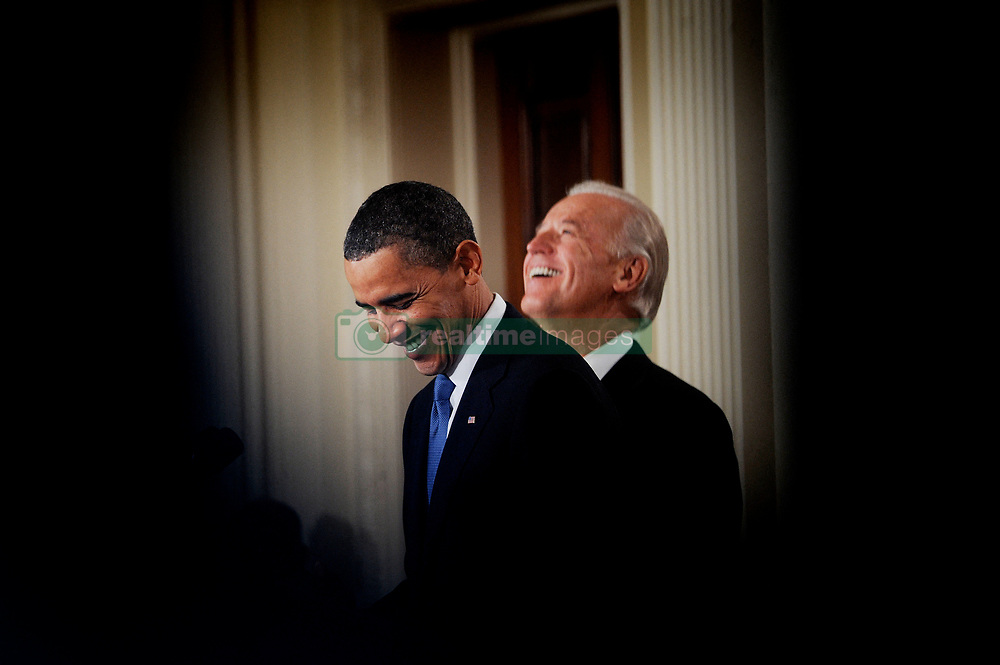