May 6, 2017 - San Diego, CA, USA - A mother and her daughter pay their respects at a memorial of flowers that is starting to grow in front of Torrey Pines High School near where a 15-year-old 9th grader at the school was shot and killed by San Diego Police officers early Saturday morning, May 6, 2017. Police believe the boy called police, and when they arrived pointed a gun at them and didn't follow their commands to drop it. It turns out that the gun is a semi-automatic BB air pistol. (Credit Image: © Howard Lipin/TNS via ZUMA Wire) 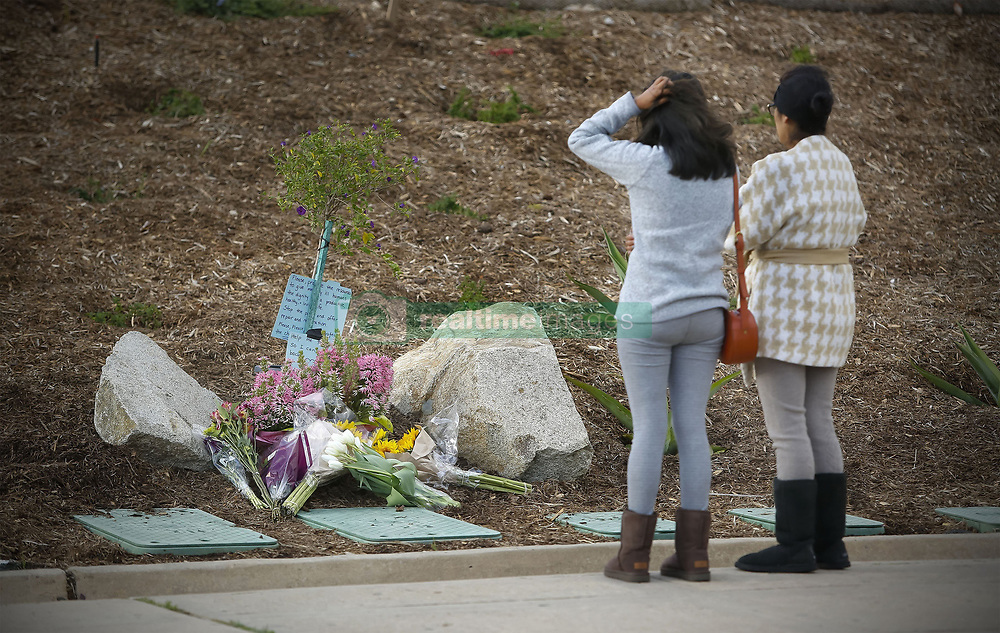