Protest against racism and fascism in Barcelona, Spain - 05 May 2019

May 5, 2019 - Barcelona, Catalonia, Spain - The spokesperson of the 5M is seen reading the manifesto during the demonstration against racism and fascism..More than 200 social groups asked for 5M a ''hug of the people''. The ''hug'' of the 5M aims to combat political ideas of refusal to immigration and refugees. Barcelona, like other European capitals, has participated in a rally that took place at the base of the Columbus monument where the demonstrators displayed banners. After the reading of the manifesto the spiral has been released with the symbolic embrace of the peoples. (Credit Image: © Paco Freire/SOPA Images via ZUMA Wire) 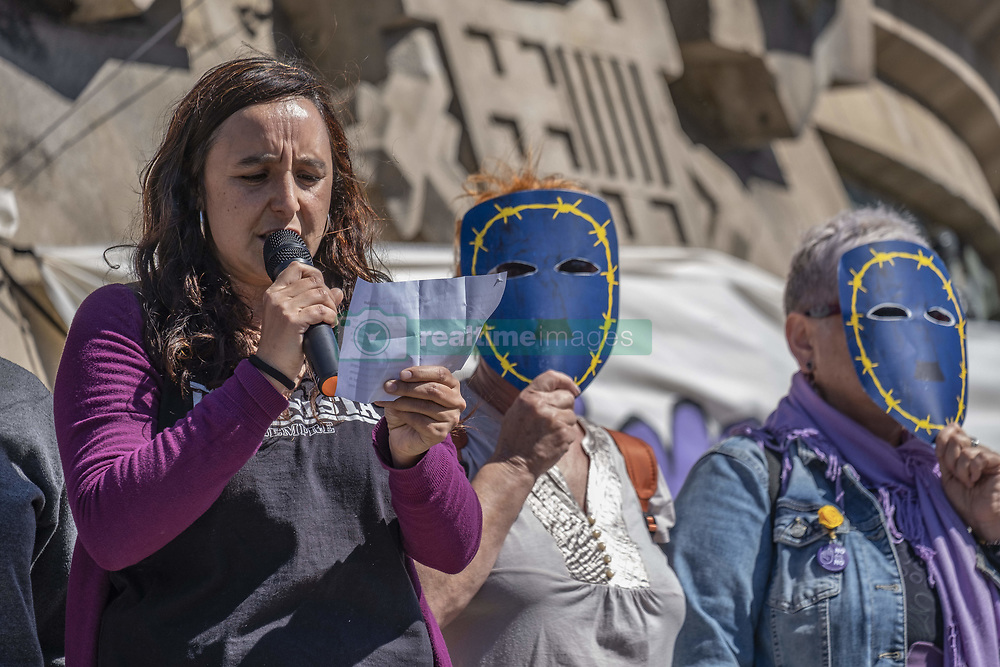