Jun 4, 2017 - Sainte-Mere-Eglise, France - 'There are moments in a nation's history when its future course is decided by a chosen few who walked bravely into the valley of the shadow of death,' Army Gen. Curtis M. Scaparrotti said during a wreath-laying ceremony at the Iron Mike Memorial here yesterday. "In such moments, young men and women pledge their lives so that their nation can live," said NATO's supreme allied commander for Europe and the commander of U.S. European Command. PICTURED: U.S., German and French dignitaries salute as 'Taps' is played during an "Iron Mike" wreath-laying ceremony in Sainte-Mere-Eglise, France, June 4, 2017. The ceremony commemorated the 73rd anniversary of the D-Day landings. (Credit Image: ? Tamika Dillard/Army/DOD via ZUMA Wire/ZUMAPRESS.com) 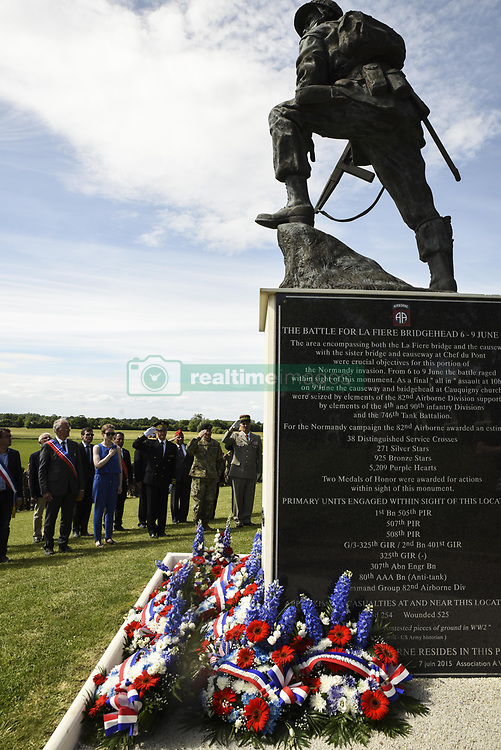