June 17, 2017 - London, UK - London, UK. 17th June 2017. Posters on lamp posts, walls and noticeboards display the poignant images of those missing from the disastrous fire in the tower block which had been clad with flammable material, and had no working fire alarm system. The whole area around the tower is still cordoned off, but the grisly blackened hulk of Grenfell Tower dominates. Outside the Methodist Church an area has been set aside for candles, tributes and flowers for those dead and missing, now presumed dead, whose numbers are now thought to be over 150. Peter Marshall ImagesLive (Credit Image: © Peter Marshall/ImagesLive via ZUMA Wire) 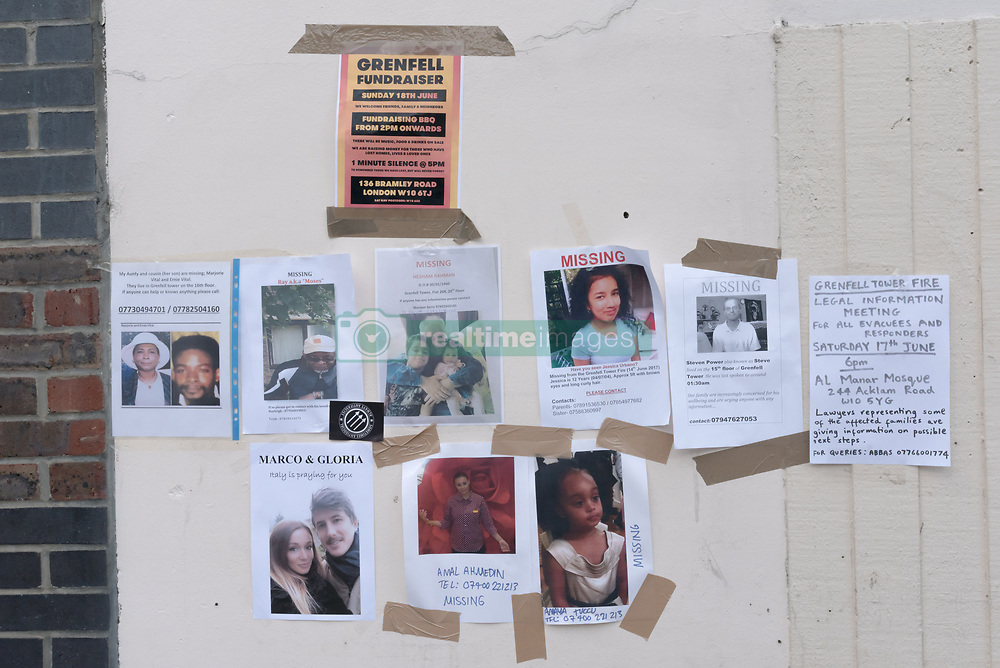